What I Learned About Women and Money as a Pro Athlete 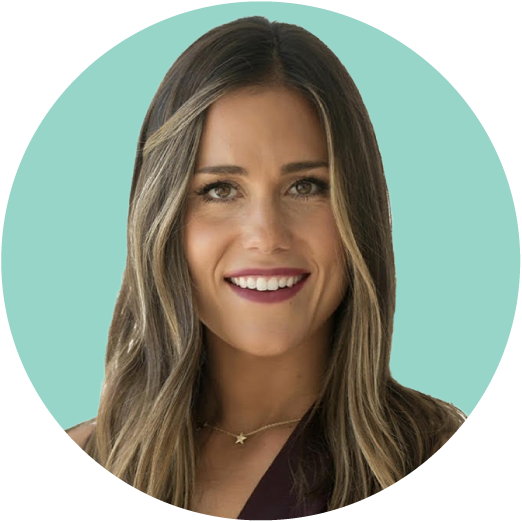 Tomorrow is National Girls and Women in Sports Day. And what a time to celebrate, given all the incredible feats in women’s pro sports lately.

The US Women’s National Soccer Team (USWNT) won a consecutive World Cup Championship and was nominated as Time’s Athlete of the Year. At 22 years old, Simone Biles has won 25 world championship medals, with the 2020 Olympics in Tokyo fast approaching. Elena Delle Donne helped power the Mystics to a 2019 WNBA Championship, touting the best career free-throw shooting percentage in WNBA and NBA history. Kendall Coyne Schofield made history as the first woman to participate in the NHL’s All-Star Weekend fastest skater event. And this Sunday, the 49ers’ coach Katie Sowers became the first woman and openly gay person to coach in the Super Bowl. 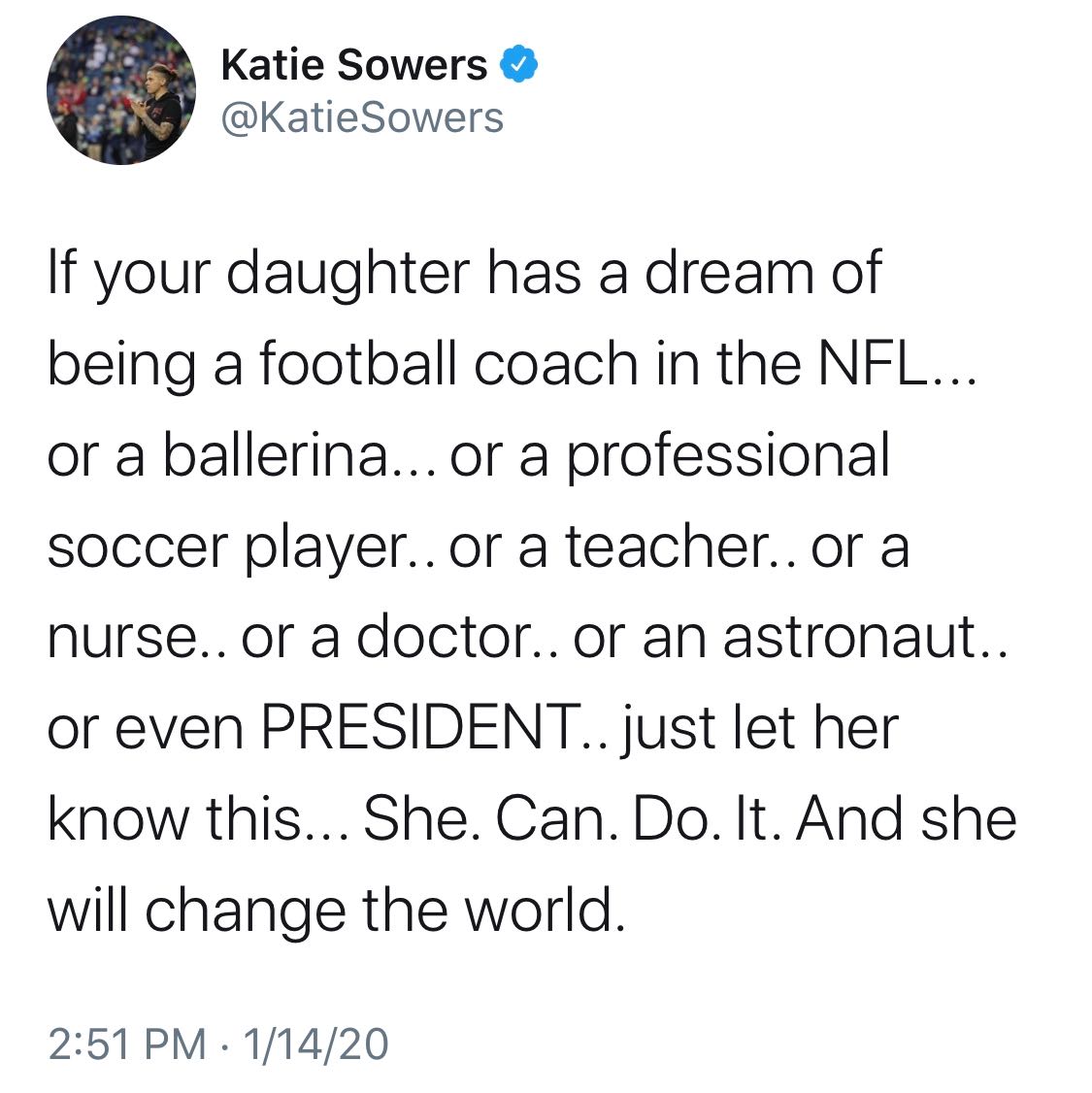 If you can believe it, this is just a glimpse into an astounding highlight reel of women in sports over the past year. Women’s sports is an incredible community — one I count myself lucky to be a part of.

Before I became a financial advisor, I was a professional soccer player. (I’m #4 in the photo below.) I played in Germany, in Iceland, and for the Seattle Reign, now called Reign FC. We were one of the nine teams to form the National Women’s Soccer League (NWSL) in 2013. I played with many amazing players — including Sydney Leroux Dwyer, Megan Rapinoe, and Hope Solo. It was exhilarating to help build something and be a part of the inaugural season. 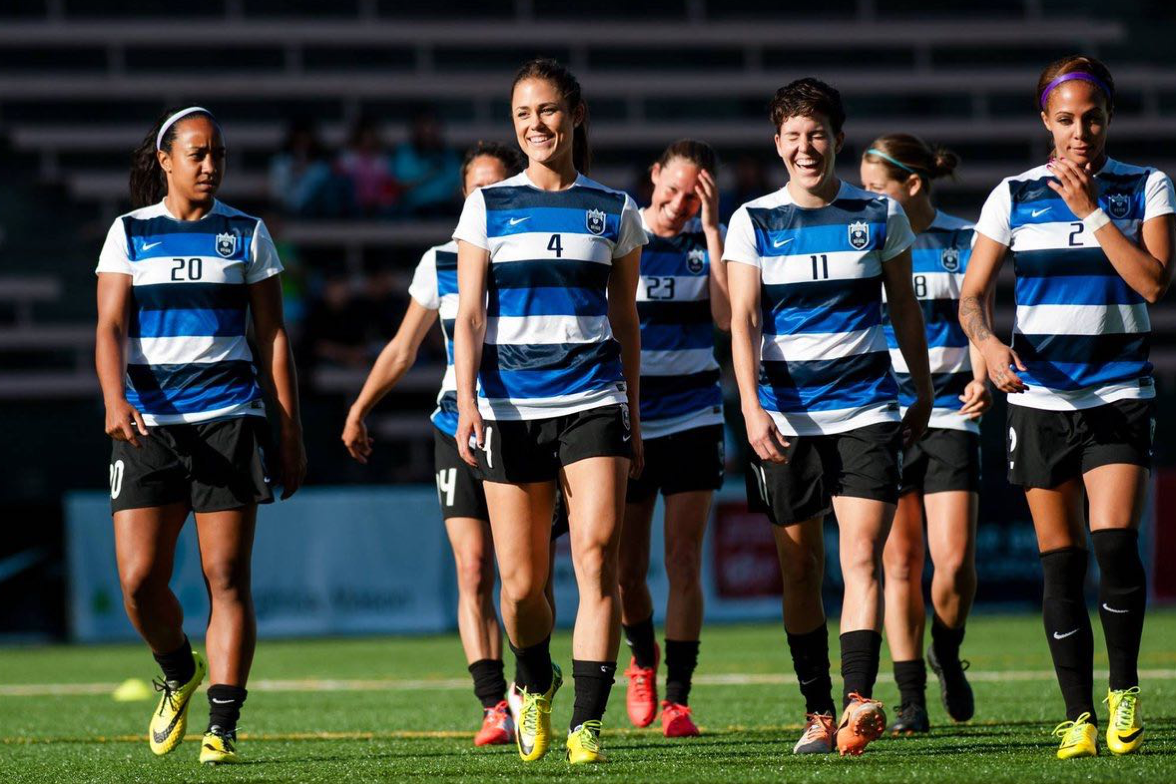 Playing soccer professionally was a dream come true. It also taught me three important things about women and money.

The pay gap is real.

In 2013, when the NWSL first formed, the women’s minimum salary was $6,000. The male athletes who played professionally for the MLS … made a lot more. I was lucky enough to be signed as a free agent, so I was able to negotiate more than the minimum, but I still didn’t make a lot. (At times, it felt like we were all playing for pizza.)

Even today, some of the top players might have contracts and endorsement deals to supplement their salaries, but the vast majority of professional women athletes don’t have that kind of opportunity.

And the top players in the world — the athletes on the US Women’s National Soccer Team — are also making substantially less than their male counterparts. That’s one of the reasons why they’re in an active lawsuit for gender discrimination right now. Which brings me to my second point.

We can change things when we come together.

The news is filled with stories of women’s professional sports teams coming together to demand equal pay.

Just a few weeks ago, the WNBA reached a tentative deal on a new eight-year collective bargaining agreement (aka a contract that the team fought hard for). Before, they were only entitled to 20% of the league’s revenues. Now, they’re splitting it 50-50. (That’s what the NBA does, btw.) They also raised the average salary to about $130,000 (it’s never been six figures before). And the WNBA is going to provide mental health and wellness programs, pay for them to travel more comfortably, and institute fully paid family leave.

On “Good Morning America,” WNBA Commissioner Cathy Engelbert said the league is “hoping to lift not just women in sports and women in basketball, but women in society.”

Women’s soccer and hockey probably aren’t too far behind. In November, a judge granted class action status to the athletes of the USWNT, and their gender discrimination lawsuit is expected to go to trial sometime this year. And even after a major win in which the US Women’s National Hockey Team negotiated hefty raises, they aren’t finished. They’re still fighting for equal treatment and formed their own Female Hockey Advisory Committee to get it done.

Which brings me to the last lesson...

Stand in your worth.

The WNBA, USWNT, and US Women’s National Hockey Team are perfect examples of knowing your worth and demanding to be paid for it — even if it means going so far as initiating legal action in order to be heard.

Women in sports lead by example. They work hard to make the world better for others. They don’t stand for the status quo.

Because you don’t get what you don’t ask for, right? And who wants to wait a couple hundred years before gender parity is reached in the United States? At Ellevest, we certainly don’t.

Kate is a financial advisor on Ellevest’s Private Wealth Management team, working with clients to help them develop personalized long-term investment plans that align with their goals and values. Before joining the financial services industry five years ago, she played professional soccer in Germany, in Iceland, and for the Reign FC in Seattle.