Family Planning Financials, According to a Financial Advisor

The professional world isn't kind to mothers, and it starts before you even decide to have a child. Knowing the statistics is one thing — that motherhood costs women $16,000 a year in lost wages, for example, or that women's salaries peak earlier than men's, or that men see salary increases when they become fathers — but deciding how to use those stats in your own decision-making is an emotional process in and of itself. 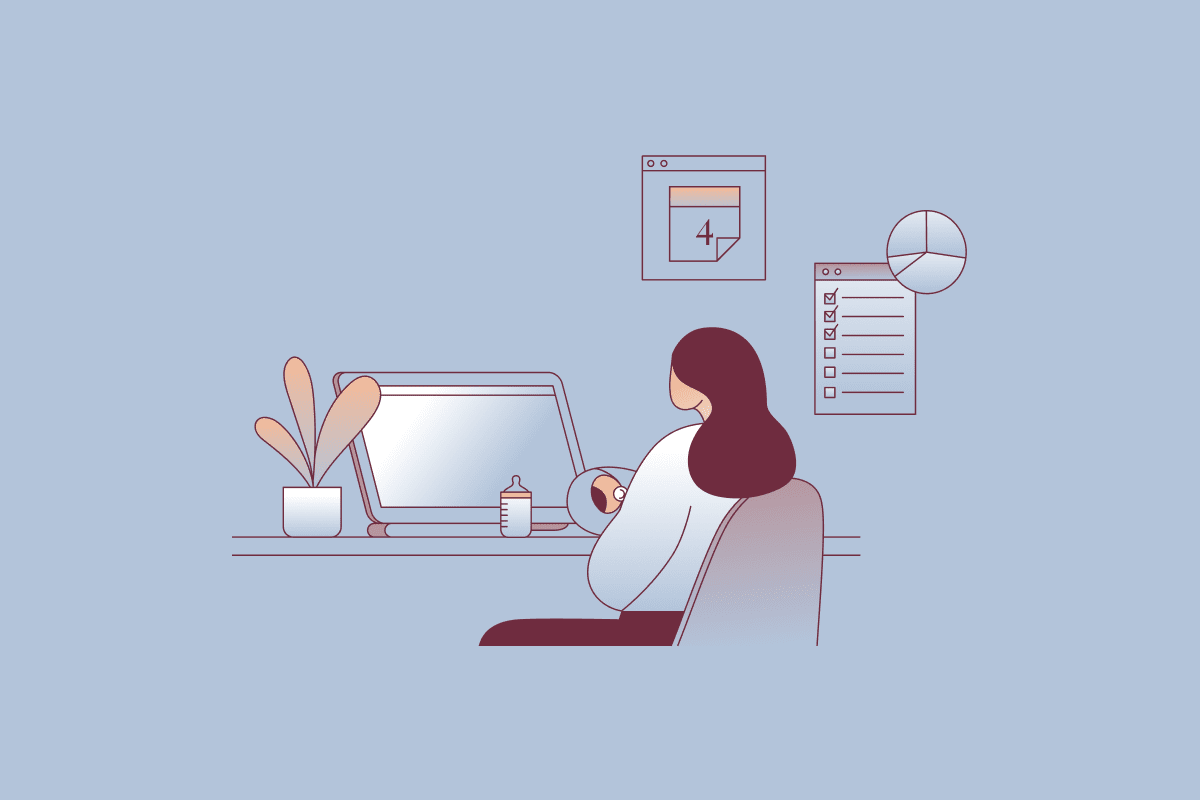 Ellevest financial advisor and Director of Private Wealth Emily Green saw this process play out for other women countless times throughout her career in the financial industry before she finally decided to take the plunge into motherhood herself. She recently appeared on the family planning podcast Stork’d to speak about the experience, along with all the ways it changed their perspectives on family, career, and life in general. Here’s a breakdown of her key takeaways. (You can also listen to the episode itself here.)

A quick note before the jump: There are plenty of equally valid paths to parenthood, from IVF and surrogacy to fostering and adoption. This particular podcast episode — and its recap — only discusses Emily and Stork’d host Julia Karol’s personal experiences with becoming parents.

Indifference toward women’s lived experiences hurts women and their employers

Both Emily and Julia have spent their careers in finance, an industry famous for its over-the-top expectations of its employees. “Finance loves women who put their careers first,” says Julia. “They’ll hustle, work long hours, show up after those long hours at the cocktail party for networking, and just be ever-present in the workplace. And that is incongruent with raising a family. Especially a young family.”

Emily recalls being the only woman on her team at a big bank, where senior women advised her to basically family plan at her own risk, since annual targets don’t change to accommodate family leave.

“One woman said to me, ‘Just be careful when you have kids, because [the company is] not going to change your [sales] goals,’” she says. “I work in a business that’s very focused on how much you bring in.”

As a result, she had to plan her career and life according to those professional biases — in a way that men never have to. “When you're thinking about having a family, you're always thinking, ‘How do I plan this in the right way? So that I'm not gonna get [held back from being] promoted?’ I had that conversation with many people: ‘I can't have a kid before I become a VP, because then I might get stuck. I need to wait until I get that next promotion,’ or, ‘I need to work while I'm on maternity leave, to make sure that I'm hitting these numbers.’”

Companies like these see motherhood as a cost, when in actuality, not supporting parental leave might cost them even more. Women leave their jobs at much higher rates than men, due to factors like harassment, getting passed up for promotions — and of course, not being supported with parental leave. And when women leave, companies pay: A 2019 Gallup poll found that the cost of replacing one employee can conservatively range from half to two times that employee’s annual salary.

How to start thinking about family planning

Julia sees four major components to consider when starting to think about starting a family:

Of course the money part is Emily’s bread and butter. Her #1 tip: Be as realistic as humanly possible about the cost of having a family.

“People will budget for college, egg-freezing, and IVF, but they forget to budget for all of the other costs,” she says. Some things to consider:

Then, of course, do more research. Ask around — while costs are wildly unpredictable right now (and let’s face it, always), talking to friends and peers with kids about what they’ve paid for things like child care or unforeseen costs can help you financially prepare to the best of your abilities. (Also relevant: Talking about money is painful as hell, but ultimately can make you feel more confident, not to mention create bigger change.)

Pad your budget. With children, it’s best to expect your budget to fail you. “Before I had my first child, I had this expectation for how my finances would go,” says Julia. “But then, of course, child care costs are so much more expensive than I ever budgeted for. And that [impacts] the disposable cash I expected to have, to do things like go out to dinner.”

Emily suggests inflating the costs you’re factoring into your budget in the short and long term — this can help account for things like inflation, geographic differences, and so on. The question to ask: “If the cost really ends up being 15% or 20% more that what I was quoted, would I be okay? Where do I stand here?”

Define your priorities. Once you actually have the baby, you’ll need to start making those budget adjustments a lot more often. When deciding financial priorities, consider both your time and money: What are your trade-offs (things like nannies vs daycare, but also errands vs delivery fees, etc)? What’s worth the cost? What’s easier to just take on yourself?

Don’t let guilt get in the way

Because people don’t talk about money, plenty of new parents are overwhelmed with guilt and self-doubt about how they’re “supposed” to be paying for things — when you pull from emergency savings, for example, is this really a cost you should be dipping into savings for?

“It’s always this game of, like, ‘How does everyone else afford things in life?’ You feel like you can't, but maybe [none of us can],” says Emily. “Maybe the story is that we all figure it out, we all pull from our savings. Just take a step back, take a breath, go on a walk, and try not to feel guilty about being in a different position than your peers.”

Similarly, it’s good to be aware of cultural norms that might make you feel bad about, say, not working overtime to prove your worth to the company.

“I think I identified myself as someone who works all the time, like that's who I became,” agrees Emily. “I had no idea what parenthood would look like, but I was very aware that I couldn't keep the laissez-faire lifestyle that I lived at work where I could fly to LA, for example, at the drop of a hat. So it was a really scary time for me, when I first got pregnant, to even think about what life looked like, trying to balance both work and parenthood.”

A lack of control can be a good thing, too

While she admits she initially worried about all the unpredictable, unplannable unknowns involved in having a baby, Emily now says that going through the experience, and now having a family, actually helped — rather than hurt — her career in the long run.

“I feel different at work,” she says. “I feel it in the way that I'm able to show up for people, the way that I react, the way that I understand what's important. Before, I always felt everything was of the utmost importance, but having a baby really changed my view. Not everything needs to be done today; not everything is so urgent. It allowed me to change who I am for the better, to find connections in deeper ways. I frankly can't even imagine life before, not only because of how much I love our baby, but because it changed who I am. I’m a better person, a better colleague, a better boss …

“… I mean, I'm also really tired. Like, that part is not better. I'm really, really tired, so that’s one negative: I could go for a lot more sleep. But hopefully that'll come someday.”

Egg Freezing Financials, According to a Financial Advisor