How “Gabriela” Is Balancing Student Loans and Her Future Self

We sometimes get questions about how other people may be using Ellevest to reach their goals — so we’re sharing some stories to help bring its power to life. Meet “Gabriela” *.

“Gabriela” is 22, and she just landed her first full-time, real-world job after graduating this past May with a degree in management information systems. As a brand-new associate business analyst, she’s making $54,000 a year. She also scored a $2,500 signing bonus (niiiiiiice), which she used to move into her first NYC apartment. 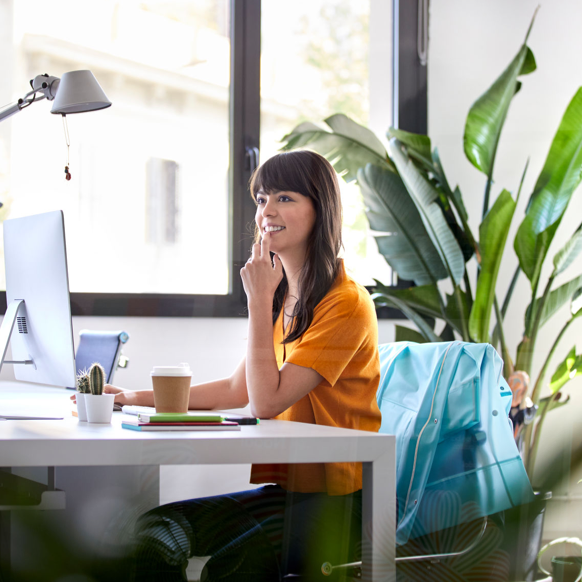 Gabriela’s goals: Build out an emergency fund and pay off high-interest loans

Gabriela wants to start seriously building up her 401(k) as soon as she can, because she knows that every dollar saved in her 20s is worth more than money saved later (that’s the magic of compound returns). But she needs to get a few basics covered first: building up an emergency fund, and figuring out what to do about her debt.

She knows that it’s a good idea to have three to six months’ take-home pay saved up in an emergency fund. Since she has plenty of competing money goals, she decides to aim for three months.

She’s also clear on the difference between good debt and bad debt. Her student loans aren’t necessarily “bad debt” since they helped bump up her earning power. And it’s a smart bet to invest in a diversified investment portfolio rather than making early payments on her low-interest debt (under 5%). But the $19,000 at 6.15% is nagging at her. She’d be a lot more comfortable if that were paid off ASAP.

She can’t realistically get all the way to the 50/30/20 rule for her money quite yet, because living in NYC is hella expensive, even with roommates. But she’s not far off.

Note: Gabriela's not real. We made her up so we can show you the kind of decisions people can make toward their goals. In other words, this is a hypothetical client scenario that doesn’t represent any Ellevest client, and it’s by no means individually tailored investment advice.

We assume Gabriela contributes approximately 10% of her post-tax salary monthly to her emergency fund, which is held in FDIC cash. We assume three months of her after-tax salary equals $10,125, at an effective tax rate of around 25%. Her monthly 401(k) contribution reflects 5% of her gross salary.

We assume that Gabriela’s minimum monthly payments on her student loans cover outstanding interest each month. Her $373 minimum payment was estimated using a straight 10-year repayment schedule. We assume that beginning in 30 months, she will make payments of $350 (on top of her minimum monthly payments) on the portion of her debt with a higher interest rate in order to pay it off over the following 30 months.

The projections of various investment outcomes are hypothetical in nature, do not reflect actual investment results, and are not guarantees of future results. Information was obtained from third party sources, which we believe to be reliable but not guaranteed for accuracy or completeness. The information provided should not be relied upon as investment advice or recommendations, does not constitute a solicitation to buy or sell securities and should not be considered specific legal, investment or tax advice.

The information provided does not take into account the specific objectives, financial situation or particular needs of any specific person. Diversification does not ensure a profit or protect against a loss in a declining market. There is no guarantee that any particular asset allocation or mix of funds will meet your investment objectives or provide you with a given level of income. Investing entails risk including the possible loss of principal and there is no assurance that the investment will provide positive performance over any period of time.

We create personalized investment portfolios based on your finances and a gender-specific salary curve. Get started: Open an account today.

How “Sonia” Is Crushing Her Goals In Her 20s