Can You Invest to Pay Off Student Loans Faster?

Historically speaking, investing your money has been a pretty powerful way to grow it over the long term. For real — the stock market’s annual average return over the past 93 years has been 9.8%. 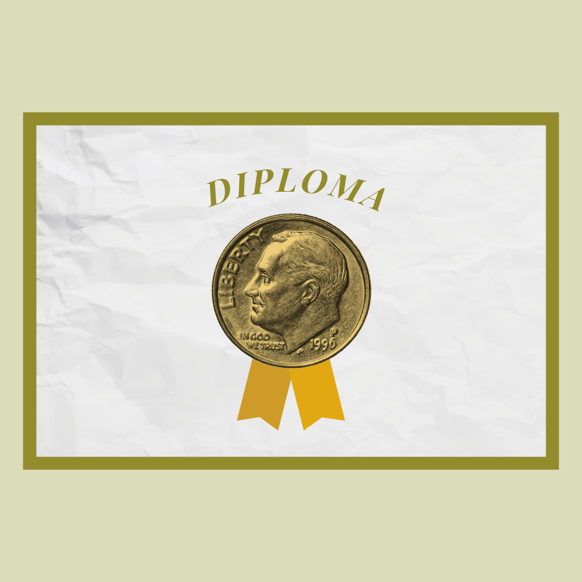 That definitely sounds nice. So it’s understandable why sometimes people ask us whether it’s possible to invest their money to pay off student loans. They’re hoping that if they can grow that money first, they might be able to get out of debt more quickly.

So would that work? The short answer: Probably not, unfortunately. In fact, it could backfire on you.

Let’s say after you paid your minimum debt payments, you had extra money in your budget. (Go you.) If you wanted to use that money to pay off debt, you have two choices: make extra debt payments now, or invest it and use any returns you earn to pay off the debt later.

But if you were to invest it, the only way that would help you pay off your debt faster is if you earn more from investing than you’d pay in interest. So your returns — after taxes are taken out — would have to be higher than your interest rate. If markets happened to be really strong during those few years, there’s a chance for that to happen. But it also might not.

It’s true that over the long term, investing has been a powerful way to grow your money. But in the short term, there’s a lot more volatility and risk. So it’s smarter to put any extra money you have toward repaying your loans — rather than hoping for unusually strong markets and trying to out-earn your interest rates. (Nobody knows what’s going to happen in the markets, anyway. If they say they know, don’t listen.)

If you have low interest rates, it’s still not worth it.

If your debt’s interest rate is pretty low (we usually say less than 5%, to be conservative), we typically recommend that you just keep paying your monthly minimum payments until your loan expires. If you have extra money in your budget, invest it. But not with the intention of paying off debt faster — just to build wealth over time.

The key phrase here is over time, aka over the long term. When we recommend you invest your extra cash, the thinking is that you’re going to leave your money invested and give it the chance to earn compound returns. If you withdraw it in a few years to pay off debt instead, there’s still a lot more risk that you won’t earn enough to beat your interest rate (or, in fact, earn anything at all) — even if your interest rate is low.

Krista Cavalieri is a money coach at Ellevest and a CFP® Professional. She works with Ellevest members to help them take financial control and make a plan to hit their money goals.