If you want advice on how to advocate for yourself in your career, you could do worse than to ask a woman athlete. Their expertise goes far beyond setting and achieving personal goals (although goal setting is indeed an important skill in the workplace!).

Over the past few years, women in sports have been subjected to seemingly relentless mistreatment from their organizations, from battles over pay disparities to racist and outdated restrictions that keep them from competing entirely. They’ve had to engage in these battles in public, often without much to show for it — in fact, they seem to lose a lot more than they gain.

Yet even though change comes gradually, women and non-binary athletes are pushing their sports forward. Whether through increased publicity, persistence, or plain old collective bargaining, slowly but surely, they’re getting their W’s, on and off the field. And each W feels like another example for women everywhere, demonstrating how to confidently (and relentlessly!) assert yourself until your career looks how you want it to — and your industry finally starts expecting the same standards from the next woman who comes along. Here are a few savvy takeaways we can learn from these unstoppable forces and their latest achievements. 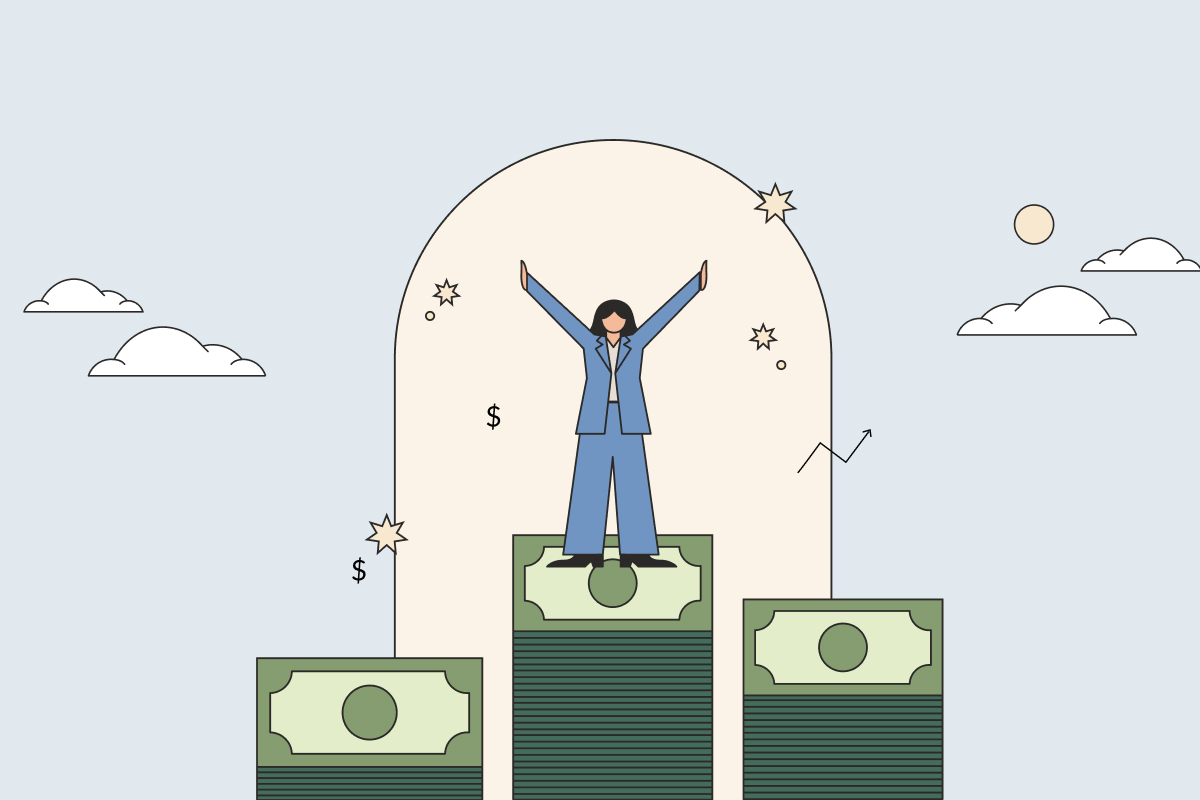 In 2019, the WNBA paid its players a combined total of just under $12.5 million. Steph Curry, the NBA’s highest-paid player, made $40.2 million — over three times as much — alone. Last year, the WNBA players’ bargaining unit narrowed that pay gap, albeit slightly, when they declined to renew their existing contract. They negotiated for a historic new agreement that vastly improved their salary packages, equity, and benefits like travel and maternity pay.

Hopefully you won’t be going up against such a brutal statistic in your own raise negotiations, but the reality is still grim: Asking for more money is risky territory for non-men, in particular — even when we do negotiate, we’re often penalized for doing so.

That said, as the WNBA bargaining committee showed us, having the talk is worth it. When you go in to ask for a raise, having data in your corner (not to mention several allies — Curry himself has been a vocal advocate for better deals for his WNBA colleagues) will be a definite must. Whether you’re negotiating on a new job offer or with the role you already have, do as much research as you can, on both your own market value and the employer’s financial situation. Come to the table prepared — that means rehearsing the conversation with a friend or mentor, knowing where your bottom line and trade-off potentials lie, and using a strategy that takes into account how this will benefit them — and you’ll be better set up to score.

In this era, there’s no shortage of inspirational stories of collective bargaining — in any industry. But in pro sports, when athletes are regularly pressured not only by business owners and corporate sponsors, but also by fans telling them to “stick to sports” and be grateful for what they can get, uniting to demand better working conditions can be a uniquely challenging feat.

In 2019, the US Women’s National Soccer Team showed the power of solidarity when, just a few months before they played in the World Cup, 20+ players came together to sue the US Soccer Federation over gender discrimination. While a judge dismissed the unequal pay part of the suit, the team’s efforts inspired an entire stadium of soccer fans to chant “Equal pay! Equal pay!” when they won the Cup. And then this past December, they got another victory — the USSF agreed to settle on the rest of the suit, meeting the team’s demands on things like travel and field quality. A united front won them the public opinion, and public opinion played a huge role in their win — as team captain Megan Rapinoe says at one point in a documentary about the suit, “We got the entire world on our side.”

Sometimes at work, you’re gonna need a little more oompf than just speaking up for yourself. We all need solidarity to succeed — that includes mentors and advocates above you, sure, but also allies to your right and left! Consider ideas like Issa Rae’s “networking across” or Aminatou Sow and Ann Friedman’s shine theory the next time you’re working toward a bigger career goal — it could just be that the way to achieve it is together.

When you get power, use it

Naomi Osaka may be ranked as one of the world’s best tennis players, but these days, she’s even more famous for using her status and visibility to change the way athletes are treated by the press and by sports organizations themselves. This spring, after dropping out midway through the French Open and bowing out of Wimbledon entirely, Osaka opened up the conversation around athlete mental health and obligatory press conferences. Her decision prompted the International Olympic Committee to confirm that no athlete would be penalized for declining to participate in press this summer.

Osaka is just the latest champ to use her position to change the game for her fellow athletes. Simone Biles changed USA Gymnastics, Colin Kaepernick changed the NFL, college athletes changed the NCAA, and just recently, athletes convinced the American Olympic Committee not to punish competitors for protesting.

At work, it’s easy to feel like a cog in the machine, but that means it’s also easy to forget that, as you rise in the ranks, you’ll be in a better and better position to push back on behalf of the people you lead. When you do get that promotion, consider how you might use those new powers, not just for yourself, but also to make your last role a better place for the next person who takes over. When you’re good at what you do, people are going to be looking at you — why not make sure they see the kind of industry you want to build when they do?

As Osaka put it recently in TIME Magazine, “The intention was never to inspire revolt, but rather to look critically at our workplace and ask if we can do better.”

Imposter Syndrome Is Real. Here’s How to Manage It.