In my 20s, I was an investment banker. In my 30s, I was a research analyst. In my 40s, I managed and led large, complex businesses. And now that I’ve entered my 50s, I’m an entrepreneur. Four decades, four separate — but related — careers, each building on what came before. 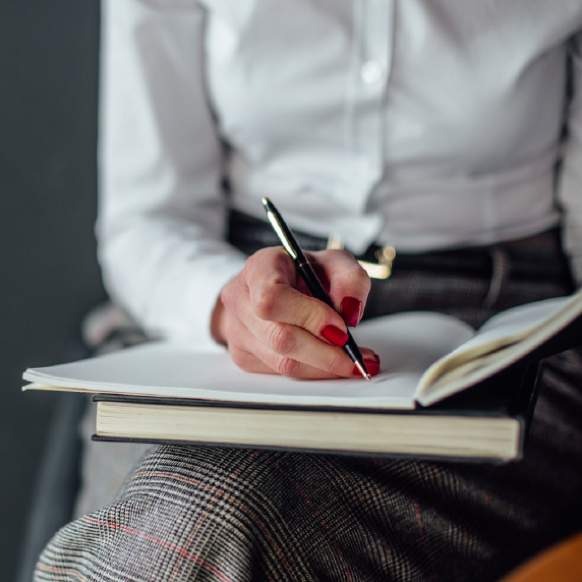 I can’t say I exactly planned it this way. Nor did it “just happen” to me. It was some combination of my working in an industry undergoing almost constant change and my active search for interesting work. And, as I’ve advanced, it’s also because I’ve sought out work that can have an impact.

The transitions I’ve had may be unusual among my peers. But I believe careers marked by transitions, pivots, and reinventions are more likely to become the norm going forward — and particularly so for women, given that we tend to take more career breaks.

Transitions, pivots, and reinventions are likely to become the norm … particularly for women.

Before, a career well worked was a steady upward progression — in title, in responsibility, in pay. Now, it’s more about proactively constructing an interesting career through building your skill base and making more lateral moves.

This is because business is changing. Fast. And the pace of that change is only going to accelerate. The forces of technology and globalization are fundamentally altering any number of industries; what worked for decades won’t be a given any longer. (Sure, this is true for the tech industry, but also for print media, for financial services, any number of others … and much more to come.)

This type of dislocation can feel like a negative … and indeed, it does mean you’re more likely to lose your job, as strategies and bosses shift to keep up. But it also means that our career options are increasing, if we’re open to them. For example, it may not be easy to start a business today, but it’s certainly easier — and less expensive — than it has been historically.

Think cloud-based computing instead of buying servers, shared workspaces instead of multi-year leases, videoconferencing instead of business travel, crowdfunding instead of venture capital money or bank loans, freelancers instead of full-time hires: Everywhere you look, the infrastructure for starting and funding businesses is exploding.

So what is involved in this kind of successful career transition?

First, get past the mourning for the comfortable hierarchy, the big office, the heavy-stock cream-colored stationery, the sense of understanding the “rules of the game,” the singular view of what success looks like.

And get past the old view of what successful leadership looks like: strong, decisive, certain. Instead, the key traits for success will be curiosity, an open-mindedness, an intellectual flexibility, an interest in understanding others’ perspectives. (In my old world, people ran from tech projects, almost literally; they were viewed as always-over-budget time sinks. In the new world, the skill sets for managing them are essential.)

2. Embrace criticism, and be willing to fail.

To successfully navigate a world of such change, you have to embrace a certain intellectual discomfort and a willingness to fail. This one can be tough because we women tend to take a failure harder than men do, personalizing it. For me, being a research analyst was great training, because I had to get comfortable being “out there” and making non-consensus calls — even though I was brought up, like most young southern ladies were, not to rock the boat.

Part and parcel of this is getting comfortable being criticized. This can be another tough one for women, because so many of us were socialized to prioritize relationships. Change can make people uncomfortable, and so many people fight it; if you’re moving in a different direction from them, it can feel like a rebuke to them.

I will never forget, after the announcement that I was working on Ellevest, being asked to get on a call with a group of financial advisors from my old industry, who expressed disappointment that I was launching this project rather than operating with them in the more traditional part of the market. The tone of the conversation was that I had hurt them in some indefinable way.

3. It’s not the usual path, but each step matters.

Even though you might imagine there is a sense of urgency with reinvention, I was very careful not to lurch from one thing to another. Instead, I gave myself the time to really think things through, try the change on a bit, feel my way into it.

I spent about nine months working through my transition to research analyst, thinking about whether I would like it, thinking about whether I would be any good at it. While many facets of the new job were similar to investment banking, a key difference was the greater responsibility by the individual in making the “calls,” as compared to the teamwork and deal orientation of an investment banker.

On my transition to entrepreneur, it took me a couple of years (my husband might say “forever”) to work it through, during which I advised a number of start-ups and start-up CEOs. I was really trying to get a feel for what it’s like and whether I could be successful at such a significant change in career direction. And the outcome wasn’t a foregone conclusion; I compared it with other options, such as moving into a regulatory role or into consulting or board work, all of which at the time left me feeling pretty meh.

Implicit in this is that it’s important to “play in traffic.” By that, I mean getting out there, engaging with people, getting a feel for a new industry or position. This type of career transition very likely isn’t going to happen as the result of a headhunter’s call, or even a colleague picking up the phone. It’s important to be proactive here, rather than wait for it to come to you. It won’t.

5. You have to prepare financially.

This is where the guys have a leg up: Not only do they, on average, make $1 to a woman’s 80 cents (and that gap is even wider for women of color), but they also tend to invest those earnings to a greater degree. Over the course of a career, those two things can add up to literally millions of dollars more in earnings.

But for us women, taking on what can feel like more risk — asking for the raise (which so many of us dread) and investing in the markets — can pay off in greater career flexibility, and therefore less risk, down the road.

Taking a Career Risk? Think About These 4 Things