Career risk. When we think of this, we typically think of people leaving their jobs for a start-up. Or raising their hand for a promotion they might not be ready for. Or even someone “taking on” their boss in a power struggle. These are career risks that people choose to take. 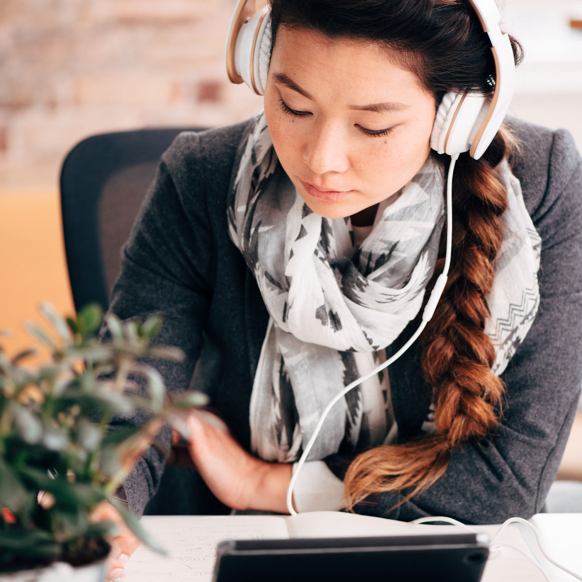 Just staying put can be risky

Ask anyone who worked in the financial services industry over the last decade. Or in the print-only newspaper world. Or, of course, the tech world. The changes in these businesses may have been driven by different forces, but the change has been — and is, and will be — so fast that people in those industries have needed to manage a different kind of risk.

An example I lived: Before I ran Merrill Lynch, it had enormous continuity … followed by significant leadership change. Up to the year 2000, the business had one boss for 15 years (and that guy spent a total of 38 years at the company). Then the outside world changed: there was the Nasdaq meltdown of 2000 and the subprime crisis of 2007/2008; that in turn drove the sale of the company.

As a result, since 2000, Merrill has had nine business leaders (unless I’m missing someone, which is reasonably likely); that's one about every two years. Each of those leaders tended to establish their own management teams (as new leaders do), and each of those leaders had changes in business strategy (as new leaders do), so the change has rippled through the organization. Almost constantly.

How to deal with the risk that things could change

Since it’s highly unlikely you’ll start at a company training program and then retire from it 45 years later with the gold watch, be open to change and to changing yourself. I’ve transitioned several times: I started my career as an investment banker, became a research analyst, worked as a manager and leader at big companies, and am now an entrepreneur. Some of this was skating to where the puck was going; some of it was pushing myself to figure out what I loved and shifting my career closer to those things.

Be a voracious learner.

I can’t tell you how many professionals I know who have just stopped trying new things. Some of them tell me they are “too senior” for it (“If I go on LinkedIn, I’ll just get bombarded with interview requests” and “It’s only people looking for jobs there”) … but it feels more like they have gotten comfortable.

And here's what can happen: A couple of years ago, a head of marketing friend of mine was laid off. I urged her to engage with social media; she dawdled on it. And as I tried to introduce her to job opportunities, a couple of potential employers declined, because that itself was evidence enough that her skills were dated.

Kudos to you if you have a strong network within your company — but you’d better also have a large, diverse, and strong network outside your company. Because if you leave your company — or it decides to part ways with you — that internal network is worth much less than it was before. And, believe me, I understand that there’s always something more urgent to do than building your external network; but not having one if you leave your current company is no less than make-or-break.

Being prepared financially is a great form of insurance. A “barbell approach” to risk (planning for both the short term and the long term) can make sense here, particularly for women: Build an emergency fund that's three to six months' of salary. But don’t build up too much cash (as many women do), because that penalizes us financially. If you put $25,000 in a savings account, then you can grow that to approximately $40,500 in 35 years; put that same money in a diversified investment portfolio and it can grow to more than $99,000.*

If you take a career break, keep your skills current. This also hurts us women disproportionately. We take more career breaks — and longer ones — than men do; and those breaks negatively impact our earnings. So, in addition to planning for them financially, it’s also important to plan for them professionally, so that you’re not left behind. Increasingly, I’m seeing women use some of their time away to learn to code or to keep their marketing skills up-to-date by volunteering time at a non-profit.

*For the savings account, we assume your savings are held in a cash investment such as a money market fund, with fluctuating interest rates over time. To project the performance of the cash investment, we used Monte Carlo simulation—a forward looking, computer-based calculation in which we run portfolios through hundreds of different economic scenarios to determine a range of possible outcomes. The results shown reflect an 70% likelihood of achieving $40,584 or better, and include the impact of taxes and inflation, but not additional contributions or fees.

For investing, we assume your savings are invested in a low-cost portfolio comprised of 60% Large Cap US stocks and 40% US bonds, which is rebalanced to this allocation each year. This commonly used allocation is for illustration only and does not necessarily reflect Ellevest recommendations.

To project the performance of this portfolio, we used a Monte Carlo simulation—a forward looking, computer-based calculation in which we run portfolios through hundreds of different economic scenarios to determine a range of possible outcomes. The results shown reflect an 70% likelihood of achieving $99,457 or better, and include the impact of taxes, inflation, and a 0.25% advisory fee.

Got Fired? Don't Make This Mistake Next