8 Things I Actually Got Right as a Working Mom

I’ve made any number of mistakes as a mom, as my kids are only too happy to note. My personal favorite was the time that, from a business trip in Chicago, I decided my daughter was faking an illness, so I told her to get to school. When she protested that she was nauseated, I told her to “take a bucket” with her. Which she did. And then repeatedly threw up in it. 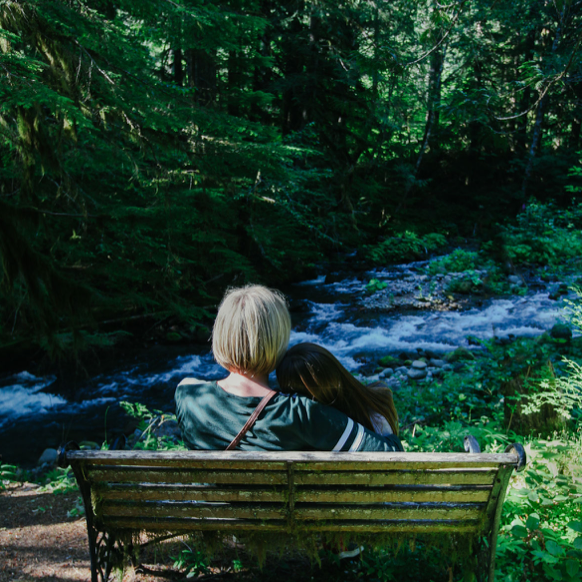 Ok, that was a low point of being a mom who worked outside the home. But I’ve done a handful of smart things:

1. I never let the kids see me be upset to leave them.

When they were younger, there were certainly times when I would close the door as I went on a business trip and almost melt down. Particularly during that exhausted “young kids” stage ... which coincided with my exhausted “new research analyst” stage … which also coincided with a time during which I was nearly terrified to fly.

Ahhh, the good old days. But I would hold it together, at least until I got out the door. And I never ever complained about work in front of them.

I convinced my husband early on that when one of the little ones woke up in the middle of the night and screamed “Mommy!!”, they actually meant “Parent of Either Gender!!” We took turns finding the pacifier, getting the glass of water, and looking for the monster under the bed, and it made all the difference.

3. I spent one weekend away with each of the kids every year.

Sure, it didn’t always work out well. (The trip to the emergency room for my daughter to get a cut on her head stapled shut was another maternal low point.) But for the most part, we remember these weekends fondly. Getting away from the routine meant everything.

4. I put in the time with college visits.

My career hasn’t been a straight line, by any means, and I never hid that from them.

We split duty on those too. There are two schools of thought on this. But I found that too many family members accompanying the protagonist to visit schools caused some shutdown.

One-on-one visits also had them pretty quiet for the first couple of days … but after a bit, the teenager’s brooding began to fade. And slowly, in dribs and drabs, out came what was important to them and what they were thinking about their future.

5. When they had real health challenges, I dropped everything.

6. I put Find Friends on their cell phones.

I don’t care if they think it’s “creepy that you know where I am all of the time, Mom.” Without it, they’re not allowed to go out. I still wake up sweating, worrying about them about 30 minutes before their curfews, but at least I can track them home.

7. I played the “my rules” card from time to time.

Now that my son’s in college, I embrace his liberal arts degree. But since I’m paying, I’ve also reserved the right to choose one class that he has to take each semester. Hello, coding and statistics.

8. I let them see my successes AND my failures.

And they’ve also seen me restructure my career over time to one that has a different complexion but also has real meaning, for me. All the while, the underlying lesson has been how much work goes into work and how important resilience is — demonstrated over a lot of years.