What Women Need to Know About Financial Infidelity

Financial infidelity — secrecy or dishonesty about money with a partner — is a real thing. Very real. In a recent survey of married couples who had combined their finances, more than 40% admitted that they’ve hidden cash, bills, or purchases from their partners — or outright lied about how much they make or owe in debt. And another 40% said they’d been lied to about money by their partner, too. 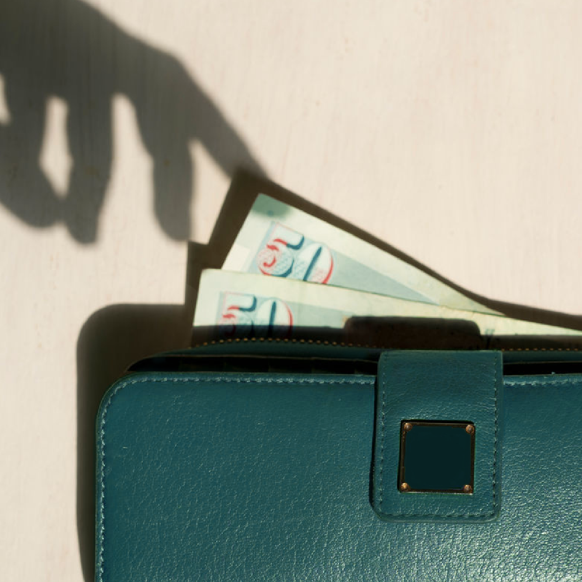 How do you even define financial infidelity?

We’ve all heard the horror stories: Someone siphoning off hundreds of thousands of dollars and gaslighting their partner into thinking they could barely get by. Or someone opening secret credit cards in their spouse’s name, maxing them out, and filing for divorce. Or someone feeding an undisclosed gambling addiction. Or someone with (surprise) an extra partner and/or kids.

But back up. “Secrecy or dishonesty” covers kind of a lot of ground. Beyond the obviously dirty deeds, there are the smaller secrets. Does it count if there’s a bank account or retirement account or credit card a partner doesn’t know about, even if it’s just sitting there? At what point does being independent and making your own financial decisions cross over to shady-secret territory?

You gotta talk about money

The one best way we know of to shield against financial infidelity on any level — both the misdoings and the misunderstandings — is to talk about money. Know what’s going on … all the time.

Regular communication means unpacking assumptions. If you were raised so that not telling your partner about every financial thing feels like independence to you, and your partner grew up expecting you’d share every penny, you need to know that about each other.

Talking about money also means setting ground rules. For example: You’ll decide together what counts as a large purchase that has to be shared, and whether sharing means “we have to agree first” or just “you have to tell me after.” You’ll decide how often to go over your accounts, and whether the rules change for accounts you hold separately, compared to accounts you hold jointly.

Communication can also help prevent the more nefarious lies. If you have a good handle on what’s coming in and going out, it’ll be a lot trickier for your partner to hide things from you. You’d notice if financial statements stopped coming in the mail, for example. Or sudden, unexplained cash withdrawals. And if the problem is a mental health issue, like a gambling addiction, noticing these things can help you get them help sooner.

If you aren’t sure where to start, here’s a guide to money convos in relationships.

It’s a problem for everyone … but yep, it’s worse for women

The bad news: 56% of women in a recent study said they defer to their spouse on investment decisions and financial planning. That’s … not good.

Being active in your family’s finances, even if there’s nothing financially nefarious going on, is key. That’s because the also-not-good truth is that 40–50% of married couples get divorced, and widowhood happens, too. One study found that women’s household income falls 41% after a divorce and 37% after being widowed. (That’s 22% for men, btw.) Another found that women’s credit scores fall more than men’s do post-divorce.

Sallie has her own story to tell about this: “I got married for the first time in my twenties. I thought we would be together forever. But within a few years, the marriage unraveled. and I found myself going through a difficult divorce. In short, it was awful in all sorts of ways. But not knowing where all our money was, because I had let him be in charge of it? That was uniquely painful.”

Being a financial feminist is about more than just pay equality. It’s about making sure that you have control over your money so that you can live the life you want for yourself and the people you care about.

And it’s also about setting an example for our daughters, nieces, students, mentees: Women aren’t passive about money. Because (knock wood) liars gonna lie, cheaters gonna cheat, and gaslighters gonna gaslight. But we can take an equal part in money decisions, understand our shared finances, and set ourselves up so that we don’t get blindsided if (knock wood) it does.

PS: Here's what Sallie has to say on the topic.

You may or may not have noticed that we linked to creditcards.com for information about spouses using other spouses names for secret credit cards. FYI, LinkOffers, Inc (“Solicitor”) serves as a solicitor for Ellevest, Inc. (“Ellevest”). Solicitor will receive compensation for referring you to Ellevest. Compensation to the Solicitor will be $10 per membership activated. You will not be charged any fee or incur any additional costs for being referred to Ellevest by the Solicitor. The Solicitor may promote and/or may advertise Ellevest’s investment adviser services. Ellevest and the Solicitor are not under common ownership or otherwise related entities.

How to Talk About Money When You’re Married (or Almost)