What I Learned About Leadership from the Skeptics

As the team and I are building Ellevest, I’m giving a lot of thought to what makes teams operate well, and what makes for strong leadership. I’m building on the lessons learned in my past business lives. 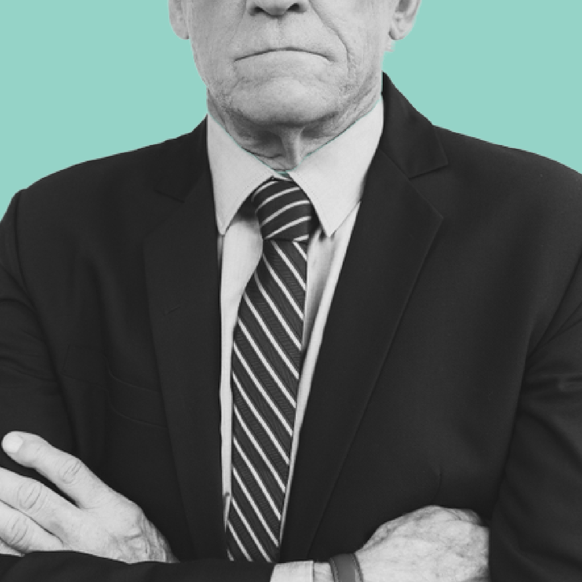 In both instances, the financial advisors at those businesses were mostly male (around 85%), and in their late 50s to early 60s on average.

So … they were different from me.

That difference was a good part of the reason I was brought in. My team and I had run the research business at my old firm, Bernstein, differently; we had eliminated the client conflicts of interest that had caused the scandals for the others. (And if we’re completely honest, the fact that I looked so different from the existing leadership teams at Smith Barney and Merrill Lynch probably mattered too, at least symbolically.)

So let’s just say that this difference led to some initial skepticism about me on the part of the financial advisors. And that’s putting it mildly. (I remember going to one of my first meetings, in which they all sat well back in their chairs, arms crossed. No smiles.)

No way I was passing for a 60-year-old man. And so I had no choice but to be myself.

How did I approach this, and what did I learn?

Be yourself, and let other people be themselves.

What was immediately apparent: No matter what I did, I wasn’t going to “be like them.” No way I was passing for a 60-year-old man. And so I had no choice but to be myself (or in today’s business jargon, “my authentic self”). I didn’t try to mimic their behavior, or pretend not to have small children at home, or act like I loved talking about military history (which was a thing among Smith Barney’s managers at the time). I was never going to be “like them,” so I didn’t bother with half measures.

Instead of acting like them, I set out from the very beginning to listen to them — a lot. It was to make sure they “felt heard,” of course. But it was mostly to learn about their business and what mattered. I genuinely wanted to learn from them, and this earned me some early points.

Focus on facts … and on what’s important.

As I got my feet under me, they let me know I had to prove myself. So, pretty quickly, knowing my stuff mattered and earned their respect: Talking in facts rather than opinions, and about research rather than intuition, helped remove barriers and got us speaking the same language.

And I concentrated on zeroing in on the few things that would make their business better, and worked relentlessly at those. For Smith Barney, it was getting the research product “fixed,” such that its integrity was no longer questioned. At Merrill, the advisors were most concerned about the bank encroaching on their business, so it was advocating for them and giving them the space to rebuild their businesses after the financial crisis.

Believe me, I was. And the ice thawed, because, after a while, it’s hard to be cynical about someone who works so hard for something that matters to you.

In addition, while the advisors never would have articulated this, they wanted someone who cared about not just the business, but about them. I made an early practice of calling to congratulate them on “big” anniversaries at the company. These unscripted conversations helped me continue to learn, even after I had been at these firms for some time. They also sent the message that management took time with them as individuals … which was something a number of them felt was missing as their companies had grown.

I also learned the lesson of constantly communicating, in different forums. It was important to get our business messages out, but the advisors consumed information in different ways. So our management team communicated in different ways: by the internal “squawk box,” by internal video, by email, through town halls. And I did my best to be in branches at least one day a week. Interestingly, one of the more effective ways to communicate internally was to go on CNBC. The employees seemed to listen more intently when the rest of the business world was also listening, while an internal communication might wash over them.

And finally: A sense of humor mattered. It cut right through the stress. And it’s hard to be skeptical/cynical/tired/irritated/woeful if you’re laughing together.

This experience has stayed with me. Because while I learned these lessons while managing people older than me, they’ve held in good stead as we continue to build something that is unique to the industry at Ellevest.

Because we’re doing something that hasn’t been done before at Ellevest, it’s important to me to have a team that’s different from me. (After all, there’s no point in having people the same as me, is there? Sort of defeats the purpose of having a team.) Allowing people to be themselves, communicating through facts and research, caring a lot, zeroing in on a few key levers that matter to the business … and having a sense of humor. These things all matter, regardless of the business.