How to Pay Off Debt and Take Control of Your Money

The average American has more than $38,000 in personal debt. That includes credit cards, personal loans, student loans, etc. (Oof.) So it’s not particularly surprising that when you ask people what their biggest money goals are, many of them say paying off debt.

Easier wished than actually done … so how do you make a plan that works? Two popular options: the “avalanche method” and the “snowball method.” (Kind of randomly snow-related names, but bear with us.) 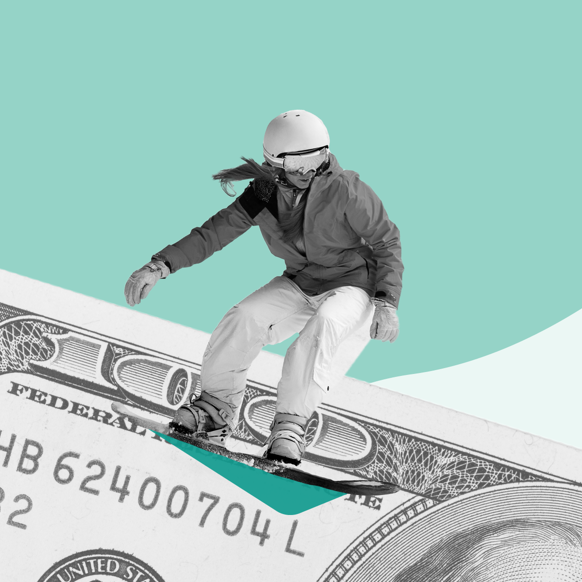 Also called “debt stacking,” this is the debt-paydown method we typically recommend because it’s designed to help you pay as little as possible in interest. Here’s how it works:

This saves you money because, all other things being equal, knocking out the higher interest rates first will mean you’ll pay less in interest. And paying less means you’ll pay it all off more quickly.

The downside of the debt avalanche: Getting rid of debt usually takes a while, especially if your balances are high. You might have a long-ish wait between each “I paid one off!” celebration. So you’ll be putting in a lot of effort over a long period of time with few milestones, and that can be … less than motivating. If you find yourself having trouble sticking with the debt avalanche method, the debt snowball might be a better option for you.

The debt snowball method works exactly the same as the debt avalanche method, with one difference: Instead of putting your debts in order from highest interest rate to lowest, you order them from smallest outstanding balance to largest. Then follow the rest of the steps the same way.

With the snowball approach, your first “self-five” celebration moment will come a lot sooner because you’re paying the smallest balance first. And then, because your payments “snowball” (in a good way — they get bigger and bigger with every debt you pay off), you get to the next self-five sooner too. And then the next one. And then the next one. The idea here is that our brains like self-fives, so you’ll be more likely to keep going with your plan for the long haul.

The downside of the debt snowball: This method doesn’t reduce your interest payments as quickly as the debt avalanche method, so you’ll likely end up paying more overall. But it could help you get out of debt faster if it does a better job of motivating you to consistently pay more than the minimums.

So … which one’s better for paying off that debt?

Ultimately, that’s going to be a you thing. You could “snowball” your payments to keep motivation high, or you could move down the debt mountain faster, like an avalanche, obliterating those interest payments along the way.

We here at Ellevest have a strong aversion to having to pay more interest than absolutely necessary, so we usually recommend the debt avalanche method. But if the debt snowball is more motivating for you, that’s cool too. The important thing is that you’re knocking out those debts, one at a time, and taking charge of that financial future.