ICYMI: Sallie Krawcheck went on “The Daily Show” and had a chat with Trevor Noah about (not in this order): anatomically correct bulls, the life-changing magic of standing up for women at work, how bias relates to beer … oh, yeah, and investing. And that’s not even where Trevor said she went deep. Watch the video below.

SALLIE KRAWCHECK: Thank you! Great to be here.

TN: It is good to have you here, especially in this time. It feels like businesses are in the news for how they’re handling moving into a space where women are included. The gender pay gap is a large conversation that we’re having. As a whole, it feels like the world is moving in the right direction. As someone who’s been a CEO, though, do you agree with that?

SK: Nnnnnnnnooooooo. As someone who’s a person. And a woman. It’s not happening.

SK: Right? The number of female CEOs in the Fortune 500 has declined by 25%. We’re not making any progress. We’re not moving forward. And this is despite the fact that that there’s reams of research out there, Trevor, that says that, you know, as a capitalist society, we look for better returns.

SK: And that greater diversity at the top of these companies can lead to better returns, higher profitability, greater innovation, et cetera. And we are going sideways at best, and in many cases, backwards.

TN: So you were a CEO of Smith Barney, of Merrill Lynch Wealth Management. When you were in those positions, what did you notice from the top? Is there something that happens, maybe, when you’re a CEO, where you’re like, “Oh, I can’t help the ladies?” Is there a roadblock that is an institutional thing? What is it?

SK: Well, you know. “The pipeline. We’ve got our diversity committee, and we’ve got our mentoring program, you know …” 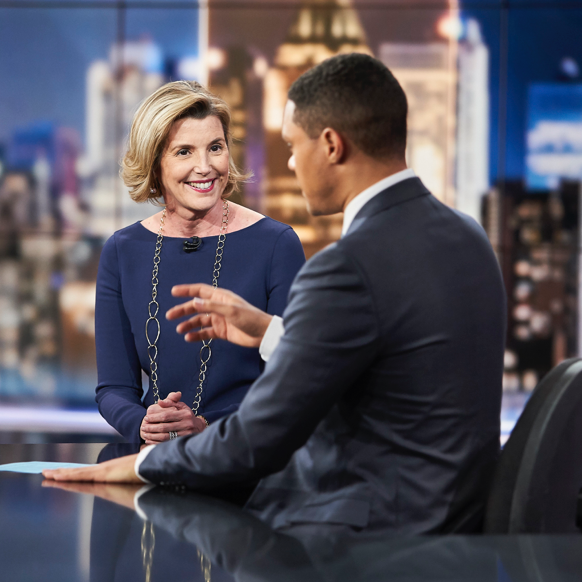 SK: “… but we need to let our managers manage.” And so, I think that CEOs really do believe in the power of diversity, but middle management is where diversity goes to die. Because when it comes time to promoting the next person, and you say, “Well, I think I read some research one time about diversity drives better results … but that young man, that young man who reminds me so darn much of myself when I was younger, I just think he’s gonna do a better job.”

TN: That’s a powerful way to put it, because you read so many times about people hire other people who remind them most of themselves. So you have a vicious cycle of these men who are white hiring white men who remind them of themselves. And sometimes it’s an implicit bias. But you’ve come out and said that you don’t think that bias training helps. That you don’t believe that these diversity programs help. And, in fact ...

SK: Why don’t we just say that everything we’re doing doesn’t help?

SK: If we’re not moving forward, then what we’re doing isn’t working.

TN: What do you think would help?

SK: I think CEOs deciding that it will be done and having it be done and overruling their managers who aren’t getting it done and really paying them for it? That’s what works. Marc Benioff at Salesforce saying, “You know, forget about the reasons that we’re paying this woman less than this white guy, this person of color. We’re just closing these gender pay gaps and just doing it” is what makes the difference.

TN: Let me ask you this, then. The argument that you hear a lot of CEOs say, or middle managers or anything, they always come back with the same thing. They go, “Well, Sallie, I want to give these people promotions, but I mean, I don’t just want to give someone the job just because she’s a woman.” 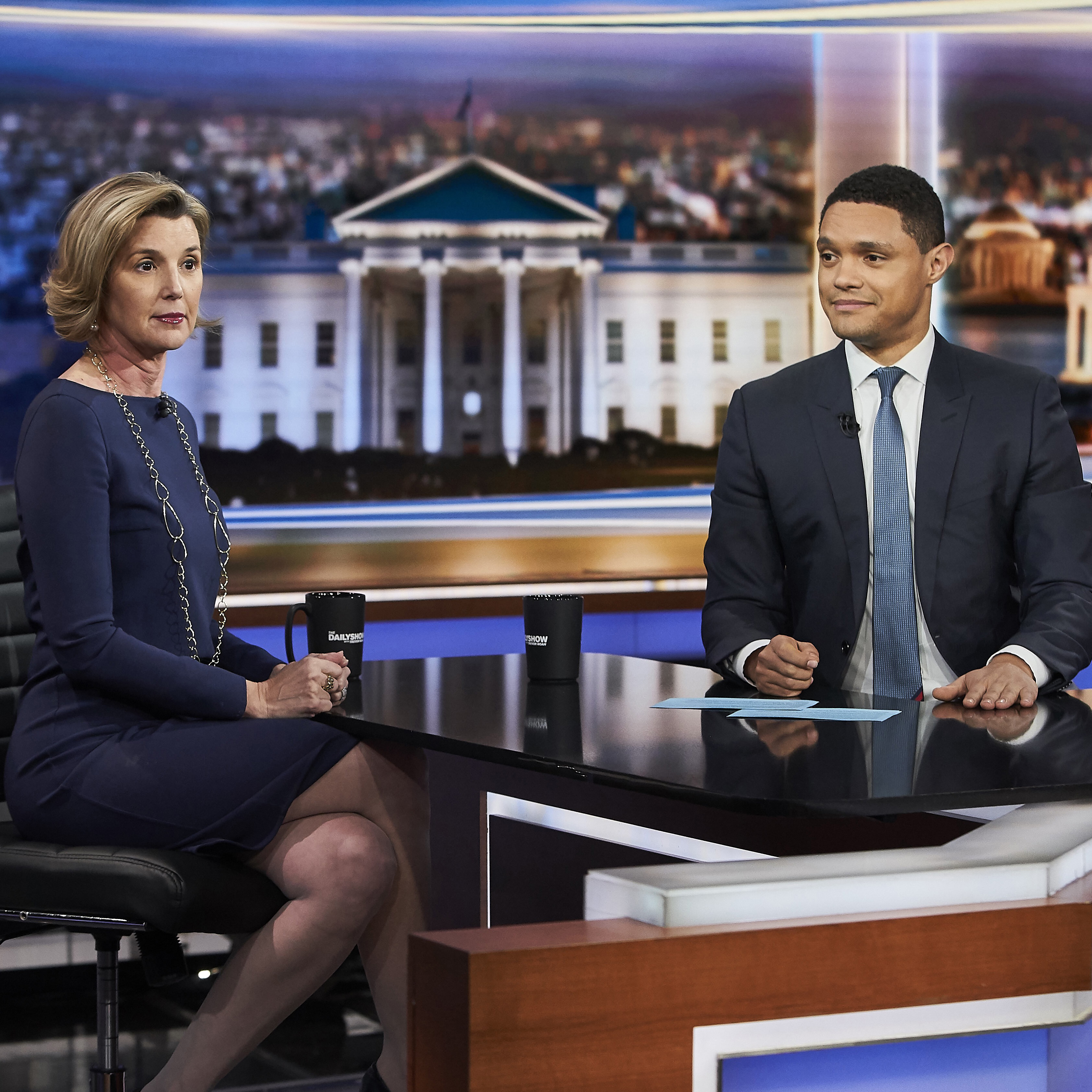 TN: We should run a company. This is nice! This is fun.

TN: But how do you answer?

SK: But hold on, let’s go back to the research. You and I have talked about this before. The research shows that we’re not lowering our standards in business in order to promote women and people of color. We actually hold them to a higher standard. That white men are actually promoted based on potential. “I think that young man is going places. Let’s give him a chance.” Whereas women and people of color are promoted based on what they’ve achieved.

SK: So when you hear, gentlemen, when you hear your spouse, your friends, your et cetera come home and say, “Gosh, you know I have to work twice as hard to make it as far,” there really is some truth to this. And again, I think it’s because of this implicit, I don’t know if I want to use the word “bias,” but this comfort level we have with bringing along people like ourselves.

TN: So you took a step back and away from the world that you were in. You started this company called Ellevest, which is specifically geared at helping women to get investment money to start companies, which again, is another problem ...

TN: To help them invest? Why is that necessary?

SK: Well, right. Why would we have to do that? It’s money. Right, so we’ve talked about the gender pay gap, but back up, there are all kinds of gender money gaps, and one is the gender investing gap. Women don’t invest as much as men do. Women keep the majority of their money in cash; men invest more of it. So women haven’t earned those returns. And, you know, for some of your viewers, it could be tens of thousands, hundreds of thousands, millions of dollars over the course of their lives. When I worked on Wall Street, when I worked in the investing industry, it was, well, “Women, you need to change.”

SK: “You need to be less risk averse. You need to have more financial education.” I stepped back and said, “Wait a second. In an industry in which 90% of fund managers are men, 86% of financial advisors are men, maybe it’s the industry that needs to change. Maybe an industry that’s so male built an investing means that is all about winning and outperforming, and alpha and beating the market … and, Trevor, the symbol of the investing industry is a bull.

TN: I’ve never thought of it that way. 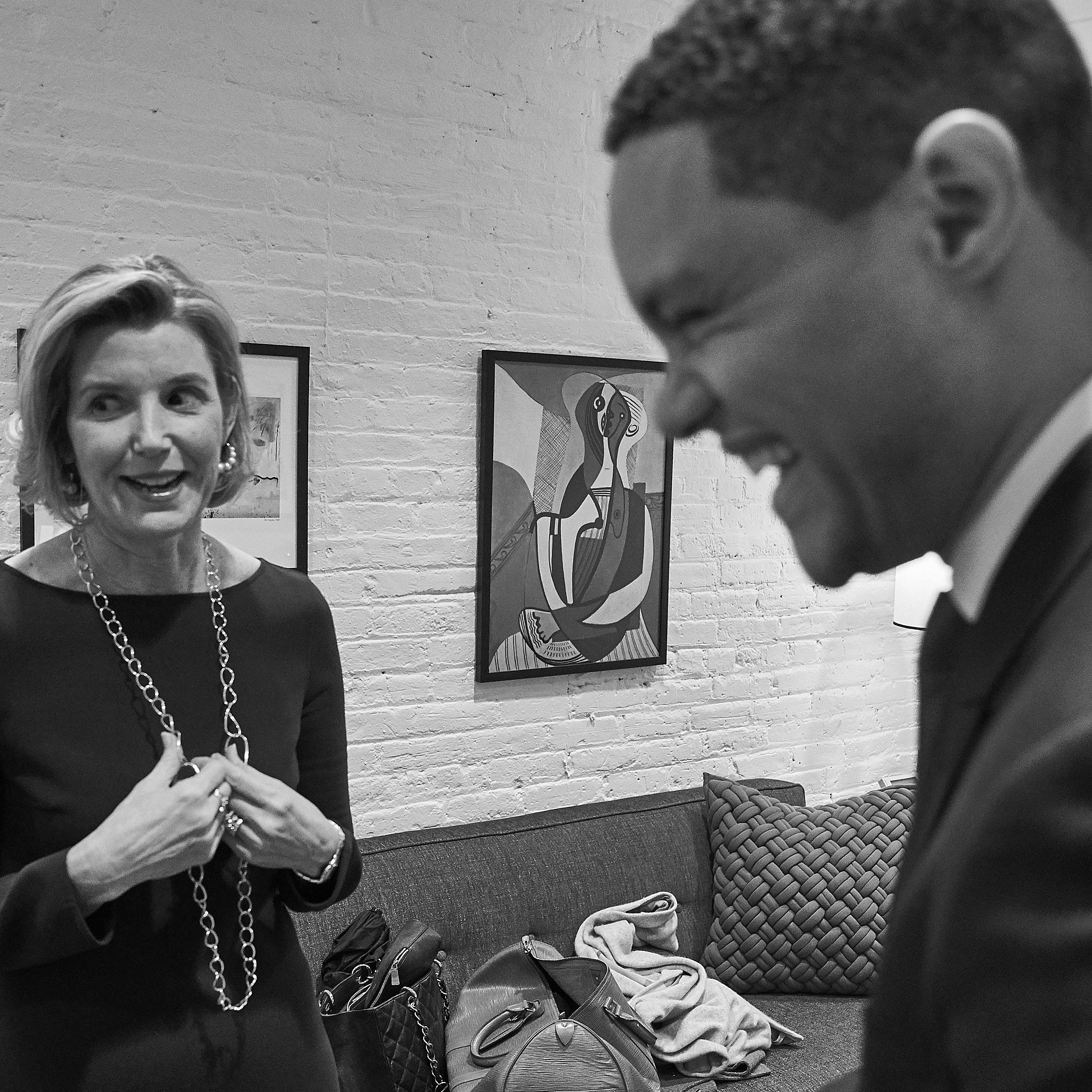 SK: I’m sorry, it’s an anatomically correct phallic symbol. Why? Not a single woman I know says, “You know, that bull just speaks to me. I love that bull.” No! What she sees is an industry that doesn’t represent her and is telling her to change, and so I thought, “Well, why don’t we start a company, Ellevest, that quits trying to change her but changes the underlying product to the way she wants to invest?”

TN: Right. When you look at the men that work in the industry, there are many good men who then don’t seem to do the good thing. There are many men who will say, “Oh, I want this change to happen. I need it to happen.” If they come up to you and say to you, “Sallie, I would love for a woman to have this position. I just don’t know where to find one.” Where do they begin looking?

SK: Well, that’s because their network tends to be individuals who are like themselves, and so they need to break out of their networks. One thing we hear at Ellevest all the time, because we’re a financial technology company. We’re tech. We use technology to drive a better client experience. We hear all the time, “You can’t find any women engineers. Just can’t find ‘em, right? They’re impossible to find.” Our engineering team is 50% women. Our company is 40% people of color. We’re more than half women*. It’s because we started at the beginning by bringing in a diverse workforce, who, if they’re having a good experience, reach out to their networks, and say, “You should be here.” But if you’re just hanging out with your network of people just like you, who you love to golf with, right? Then no. “I don’t know anybody, there must not be anybody out there. No, you just don’t know ‘em.

TN: There’s also a fascinating trend I’ve read about where sometimes women who are in positions of power seem to be the ones who block other women from progressing.

SK: Oh. Now we’re going deep. Absolutely. She’s got a name. She’s a queen bee. And I’ll tell you exactly why she does it. Because the business world she’s grown up in, she looks up and she says, “Oh, I see the leadership table. And there’s one woman there. Or there are two women there. There’s one person of color there. I got it. So in order to get to that seat, I’m not competing with all of you guys. I’m competing with her.”

SK: And her. And her. So she’s just being economically smart historically, because if she wants that seat, she knows who she needs to knock out to get it.

TN: How do you change that thinking?

SK: Well, again, it has to come from the top. Or, increasingly, it comes from the bottom. And what we’re starting to see is — we women got separated. Remember in college, all the women, we’d travel in packs, right? We don’t go anywhere if we don’t go in a pack.

SK: Right? So much fun. So we get to the workforce, and it completely separated us, we’re competing against each other. What these millennial women are doing is they’re coming together. And they are effecting change, they’re believing in each other.

SK: They’re within companies like Nike, doing surveys about what was a toxic culture there, and then changing it. When Susan Fowler called out the CEO of Uber — they’re believing her, they’re coming around her, they’re changing the paradigm. So we women … we women are half of the workforce*, we direct 85% of consumer spending, we control $7 trillion of investable assets, but somehow we got convinced that we needed the men to “empower us.”

TN: You got deep.

TN: Thank you so much for coming to the show. Sallie Krawcheck, everybody!

Ellevest is 41% people of color.

Note: You aren't hearing things — Sallie did say in the video that women are 51% of the work force. Current Bureau of Labor Statistics numbers are 47%, so we've made an update.