Hey hi hello. ICYMI, National Equal Pay Day — the day we all come together to talk about the fact that women have to work later into the next year in order to make the same amount as men did the year before — is March 31. 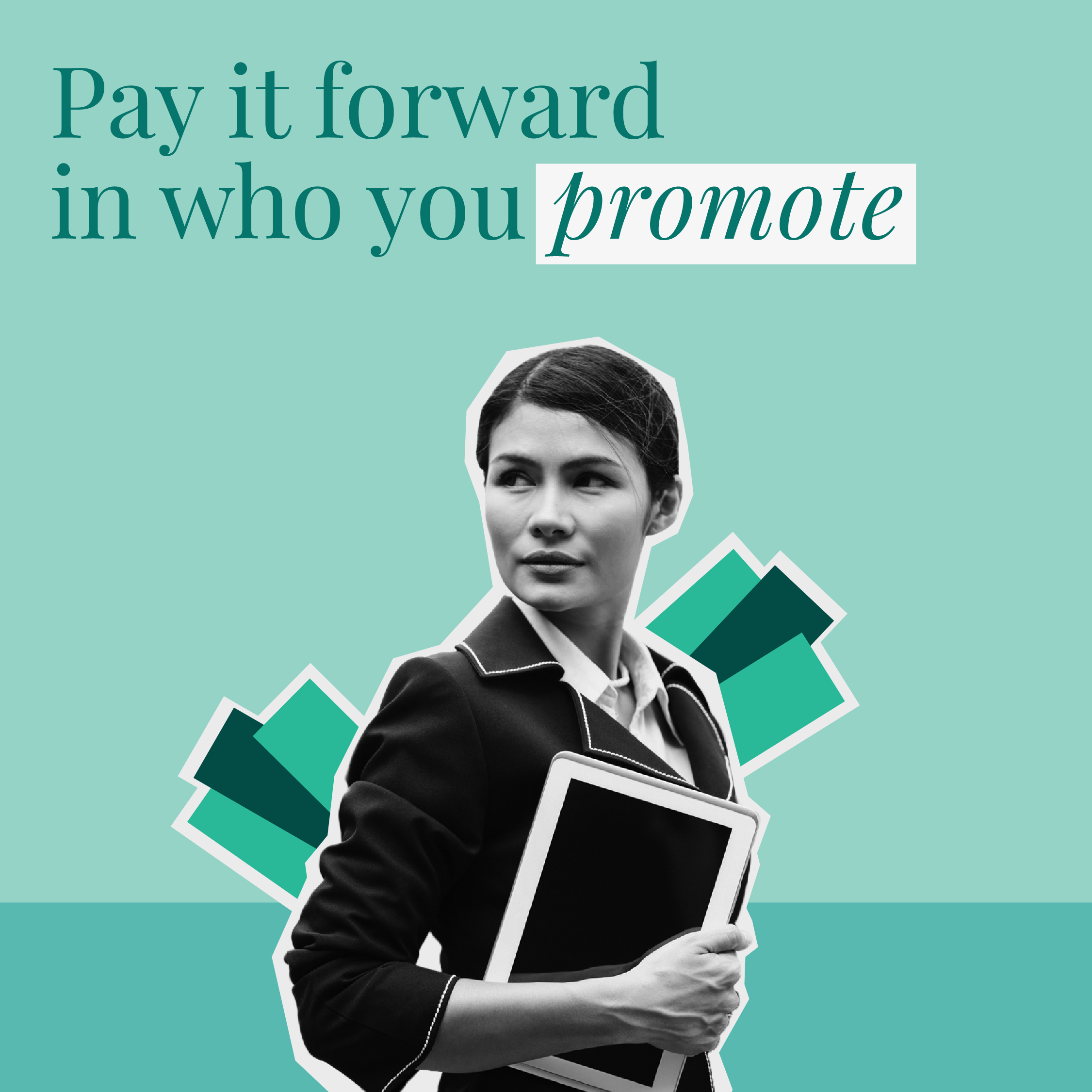 Fun fact: The exact day — the Tuesday of the first week of April — was picked way back in 1996 as a public awareness event, and because wage data typically isn’t available until later in the year, it’s still used as a symbolic mark on the calendar. These are the actual equal pay days for 2020:

And if that weren’t enough to highlight the issue, there’s more: We aren’t making any progress. It’s totally stalled. As we stand right now, it will take over 40 years, on average, to close the gender pay gap — but that’s 107 years for Black women and 216 for Latinas.

This is a biiiig contributor to the gender wealth gap, which is much wider than the pay gap. Women only own $0.32 for every dollar a man owns, on average, and for women of color, that drops to less than a penny.

Messed up, right? Right. So this (symbolic) Equal Pay Day, we’re highlighting some things you can do to help make real change.

It’s time to pay it forward.

Pay it forward ... in who you mentor (or sponsor)

Research shows that only 54% of women have access to a formal mentor at work, but mentees are five times more likely to be promoted. Still, having a mentor helps men more often than it helps women. That’s why a lot of people are looking to sponsorship as a way to help women at work instead — mentors advise, but sponsors advocate. Big difference.

If you’ve ever considered mentoring or sponsoring a young woman in your field, now’s a great time. And it can start with something as simple as coffee (or tea, if that’s more your thing).

Pay it forward ... in who you hire

The research is clear: When women are present in leadership positions, more women are hired into roles at all levels (and they get paid more, too). Maybe that means looking at more resumes, or being more intentional about the mix of resumes on the table. Or maybe it means getting to know more potential hires at networking events.

This Equal Pay Day, let’s carve out time to pay it forward and give some talented women a boost.

Pay it forward ... in who you promote

Women are 18% less likely to get promoted than men. Yep, you read that right. And no, it’s not because we don’t ask (we do). Women in the workplace can pay it forward by:

Check out CEO Sallie Krawcheck’s experience with unconscious bias, too.

Pay it forward ... in where you spend money

We’re all about getting more money in the hands of more women. A simple, effective way of paying it forward this Equal Pay Day is by supporting woman entrepreneurs. Because yes, they have a pay gap, too (not to mention the gender funding gap). For every dollar a woman entrepreneur makes, a man in her position makes $2.30. We can change that.

Here’s how you can find some awesome women-owned businesses into support.

Pay it forward ... in supporting your network

For men in business to succeed, all the networking they need to do is the well-known kind — you know, building out lots of professional connections. But for women, the key to success is having a strong professional network and a close circle of other professional women.

The result is powerful: Women with a large network and strong ties to an inner circle of mostly women have a two and a half times greater chance of job placement than women who lacked this power combination. Celebrate Equal Pay Day by building up your dream team with these 17 networking tips.

Let’s do this thing.

You may or may not have noticed that we linked to Forbes.com for information about the power of mentoring women in your field. FYI, Forbes (“Solicitor”) serves as a solicitor for Ellevest, Inc. (“Ellevest”). Solicitor will receive compensation for referring you to Ellevest. Compensation to the Solicitor will be $20 per membership activated. You will not be charged any fee or incur any additional costs for being referred to Ellevest by the Solicitor. The Solicitor may promote and/or may advertise Ellevest’s investment adviser services. Ellevest and the Solicitor are not under common ownership or otherwise related entities.

Why Workplace Equality is a Better Goal Than Equal Pay