What Are Bonds and How Do They Work?

So there’s a perception that bonds are kind of … well, boring — at least compared to stocks. Makes sense: Stocks typically carry more risk, and therefore the chance to earn the higher returns that they’ve historically posted. (That’s why stocks are a big part of a lot of people’s investing strategies.) And, of course, you endlessly hear allllll about the ups and downs of the stock market on the news. 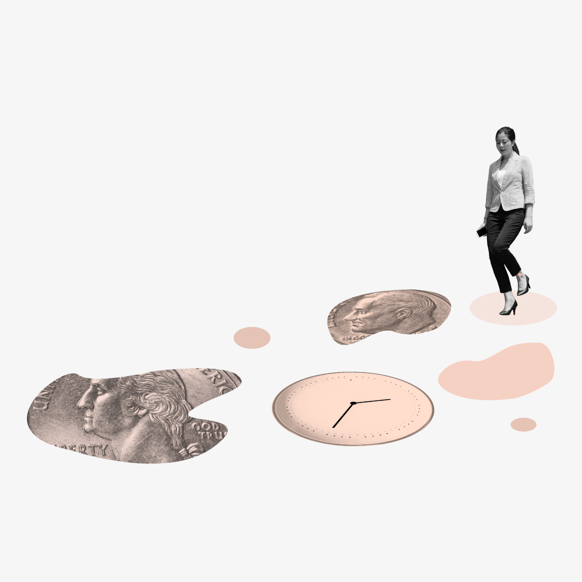 Bonds get a lot less press. They’re more predictable. But boring can be beautiful — just ask your Friday night spent in pajamas on the couch. Or taco Tuesdays. Or the sunrise that you can expect to happen every single day.

And if you want your investment portfolio to be diversified (spoiler alert: you do, because it helps to lower risk), then you can’t just buy stocks. Bonds are just as important.

What is a bond, anyway?

A bond is a type of IOU — whoever issues the bond is borrowing money from the buyer of the bond. In return, the bond issuer agrees to pay the bondholder back on a specific day in the future, plus regular interest payments along the way. (Those interest payments are why bonds are sometimes also called “fixed income” investments.)

Also like stocks, bonds can be traded — bought and sold by different investors — even after they were originally issued.

Like so many other things in the investing universe, bonds come with a whole set of special terms to know. Here are the most important ones.

How bonds work in the wild

When a bond is first issued, its interest rate is influenced by the federal funds rate — aka what people mean when they talk about “the Fed” raising or lowering “interest rates.”

This is a good one to know in case you ever hear about bonds in the news, because the news people almost never explain it (when they talk about bonds at all). Here it is: As bond yields go up, prices go down, and vice versa.

That’s because there’s a mathematical formula that’s used to estimate bond prices, and in it, prices and yields move in opposite directions. Remember from above: Yield is a percentage that tells you how much you might earn in a year (including interest) if you invest in a bond — and the more you pay for something, the less room you have to earn a return. So if the price increases and nothing else changes, the yield has to go down.

Here’s how that shakes out in real life.

(Btw, though, changes in a bond’s price aren’t really important if someone plans to hold onto it until it matures.)

How bonds can help your investment portfolio

Here’s where boring becomes beautiful: Historically, the returns investors have earned from bonds have been more stable than returns from stocks. Plus, investors know what a bond’s interest rate will be up front, before they buy it. That typically makes bond returns more predictable than stock returns — in other words, bonds tend to be less risky.

The fact that bonds tend to be less risky than stocks can be really helpful for your goals. For example, if you plan to be investing for 30 years — like for retirement — it’s generally OK to take a little more risk (aka own more stocks). With 30 years to go, the stock market has more of a chance to recover from any downturns.

But if you have less time — say you want to put a down payment on a house in five years — then you’re probably going to want to take less risk. So the less time you have to invest, the more of your investment portfolio will typically include bonds.

Also, stocks and bonds often (although not always) move in opposite directions. As stock prices go down, bond prices might go up, and vice-versa — one common reason for that is the fact that when investors are nervous about the stock market, they often turn to bonds instead. All that’s why bonds help to diversify your portfolio.

Bonds can also be convenient for some people if they want to get those regular interest payments as part of their investment strategy — like people who are retired.

How risk works when it comes to bonds

All investing comes with risk, and so I’ve gotta say it: “boring” doesn’t mean “guaranteed” (even taco Tuesday could get canceled).

Generally speaking, the riskier a bond is, the more it will pay in interest. Bond issuers are effectively paying investors extra in order to compensate them for taking on the extra risk.

Organizations called rating agencies give bond issuers (you guessed it) credit ratings based on how likely they believe it is that the issuer will be able to pay their bonds’ interest and principal payments on time. (It’s kind of like you getting a credit score from FICO.) The big three are Moody’s, Standard & Poor’s (S&P), and Fitch.

S&P’s ratings go from AAA (really safe) to D (really risky). Bonds with higher ratings (AAA, AA, A, and BBB) are called “investment-grade” bonds. The ones with lower ratings are called “speculative-grade” bonds, aka “high-yield” bonds or “junk bonds” (note: this is not to be confused with junk waitressing).

Lower ratings don’t mean that the issuers will definitely default on their payments, but it does mean that the investments are riskier — so they usually offer higher returns and add even more diversification.

The type of bond depends on who’s issuing it, meaning who’s borrowing the money. Here are some common ones.

The most common type of bonds are government bonds, aka “sovereign” bonds. They’re issued and guaranteed by the central govs of either developed countries or emerging markets (which are countries whose economies might be less stable).

For example, the US issues Treasuries, including some you might have heard of like T-bills, T-bonds, and T-notes (they’re all bonds; they just have different lengths of time until their maturity dates).

Government bonds are often considered to be the least risky type (depending on the country in question). That’s because in theory, a government can always print more money or raise taxes to pay you back. Because they’re the safest, they tend to offer the lowest returns compared to other types of bonds.

A municipal bond (or a “muni”) is issued by a local government, like a city, state, or county, to help them raise money for public projects like building schools, fixing bridges, etc.

There are two main types: general obligation bonds and revenue bonds. The first one tends to be backed by “the full faith and credit” of the bond issuer, meaning it’s on that local gov to pay the bonds back. (They might put a note in the project plan that says they’ll raise taxes if they’re in danger of falling short.)

Revenue bonds, on the other hand, tend to be backed by the revenue that will come in thanks to whatever project the bond is funding. So for example, they could use the tolls collected on a new bridge to pay the bonds back.

Municipal bonds aren’t generally as safe as government bonds. Still, they can fall all over the board — there are investment-grade munis and high-yield munis.

Just like you can buy stock in US companies, companies in developed countries, and companies in emerging markets, you can also buy bonds from them.

Corporate bonds can also fall all over the risk spectrum. Generally speaking, though, the stronger a company’s balance sheet (meaning they’re really financially stable), the higher their credit rating will be, and the less risky their bonds will be. That, in turn, means that they can offer lower interest rates than companies with weaker balance sheets.

So. Bonds may be a little boring, but hey — turns out boredom might be good for your health, anyway. Consider them de-mystified, and feel free to go forth and invest more confidently.

How Do Investments Make Money?