What the Fed? Why the Market Held Its Breath in June 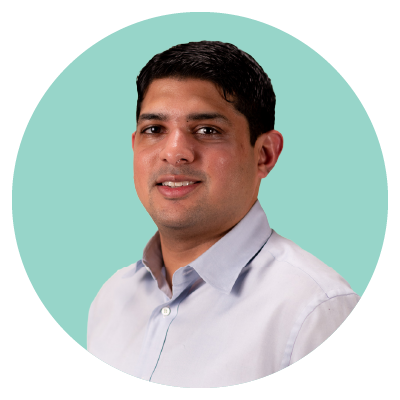 Despite volatility mid-month, stock markets in the US ultimately rose in June and closed at or near all time highs. The S&P 500 and NASDAQ indices both saw gains for the month, rising 2.3% and 5.6% respectively, while the Dow Jones Industrial Average was flat -0.2%.

Volatility in stocks and bonds throughout June was primarily driven by the combination of higher inflation figures than anticipated for May and concerns that the Federal Reserve (“the Fed”) would have to raise interest rates sooner than expected. (Historically, higher inflation has led to higher interest rates.) Yields on the 10-year US Treasury note saw their biggest one-day move to 1.57% after the most recent Fed meeting, but have since fallen back down to 1.44%. In the end, the much-anticipated Fed meeting in June was all the rage … until it wasn’t. Pretty anticlimactic, actually.

What happened? Why are investors so focused on what the Fed is thinking, saying, not saying, or thinking about saying? And why do markets react accordingly? Before we get into that, let’s take a step back and discuss what the Fed is and what it really does.

The Federal Reserve is the central bank of the US. Simply put, they determine our monetary policy, which regulates how much money is floating around in the economy (or money supply) at any given time — money that can be spent, saved, borrowed, or lent. Their main goals are to stabilize prices (that is, control inflation) and keep unemployment low in order to ensure the economy grows steadily.

How do they do this?

Think of it like this: If the economy was a locomotive, the Fed would be its conductor. If the train slows down (the economy is sluggish, unemployment is too high), the conductor (and her crew) add more logs into the furnace (encouraging spending and economic activity by lowering rates) to speed up the train. If the train starts moving too fast (the economy overheats, inflation is too high), they remove logs from the furnace (discouraging economic activity by raising rates) to slow things down.

Historically, the Fed has intervened throughout each modern economic cycle, to either help the economy out of a recession or slow things down during an expansion when inflation was running too high. And while adjusting the federal funds rate is their primary tool, they do have others at their disposal.

After the financial crisis in 2008, the Fed started employing what’s typically referred to as “quantitative easing” or making “asset purchases.” In this more direct process, the Fed buys treasury bonds, which lowers longer-term treasury rates, which impacts other rates like mortgage rates and corporate bond rates. In general, these lead to more hiring (lowering unemployment), which can lead to more spending and higher demand for goods and services (controlling inflation).

But at some point, all this stimulus from the Fed can lead to too much inflation, which is bad for the economy. And that is where we are today, and why investors were so curious about this last meeting.

With the economy doing so well recently and inflation running higher than expected, many investors thought the Fed would have to raise interest rates (or taper bond purchases) sooner, too. The previous guidance from the Fed was that nothing would change until after 2023, but now some Fed officials have suggested those changes may come earlier, before the end of 2023.

So if inflation is so high, and the economy is doing so well, why wouldn’t the Fed have made changes sooner? There are two main reasons: First of all, employment — one of the Fed’s two main goals, remember — is still well below pre-pandemic levels. Second of all, the Fed views this period of high inflation as transitory, a result of shorter-term, pandemic-related supply issues that will even out now that the economy is reopening. Inflation has also been pretty low for a while, so the Fed has said that letting it run higher than its 2% target is just playing catch-up for the moment.

Why do investors care so much?

Interest rates matter — a lot. They are tied to everything from how much mortgage payments cost (aka how much house someone can afford) to credit card rates, auto loans, corporate loans, savings rates, and overall financial markets.

While we know how interest rate adjustments impact the economy, no one can ever know for sure when and how much interest rates will move. Many professional investors have predicted an increase in interest rates for almost a decade now, but thus far that hasn’t panned out. Some still question the Fed’s decisions, while others who have learned the hard way will tell you: “Don’t fight the Fed.”

Even if rates rise, stocks have historically been resilient over periods of higher interest rates. Having a diversified portfolio can help you ride out any changes that might come down the pipeline, be it interest rates, inflation, or unexpected Fed announcements.

A Closer Look at Inflation