Trans Awareness During the Coronavirus Pandemic

This November, Trans Awareness Week comes at the end of a year that made history. COVID-19 has put our health at risk. The recession has put us at risk financially. For those of us who are trans, those risks are much higher. This year, we’re shining a light on what’s happening in the trans community right now. 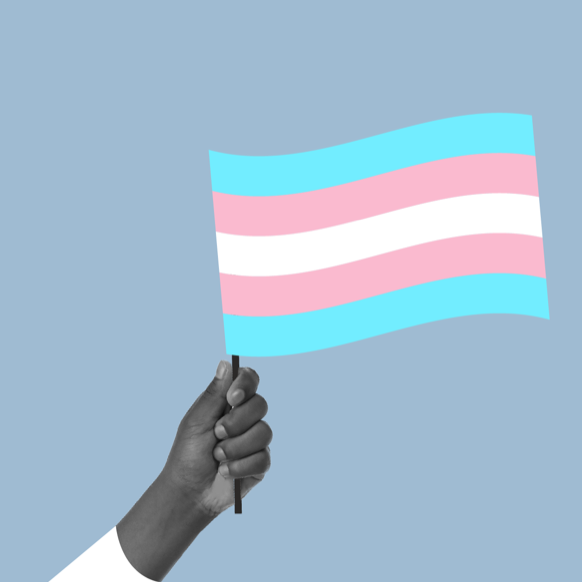 While there aren’t a ton of good reports on the effect of the pandemic, the economic downturn has certainly been hitting trans people harder.

Trans folks already faced employment discrimination before the pandemic — one-third of trans people with jobs have experienced it, and one in six have been fired due to their gender identity or expression. Before the pandemic, the unemployment rate was three times higher for transgender people. Now, LGBTQ+ people are facing disproportionately high unemployment rates. Earlier this year, the Trans Lifeline reported seeing four to five times more calls about workplace and employment discrimination. (One piece of good news: The Supreme Court granted job protections to LGBTQ+ people in June.)

But as COVID-19 rates skyrocket and hospitals hit capacity, healthcare workers and governments may again need to shift resources to address the pandemic, which may mean transitioning is put on pause for many. When doctors can’t take appointments, when transition-related surgeries are considered “elective” and are canceled, when electrolysis and laser treatments are unavailable, when travel restrictions get in the way of care — that comes with a cost. Some transition-related procedures are scheduled a year or more in advance and require extensive electrolysis to avoid surgical complications. When they get delayed, that’s costly, both financially and emotionally.

With unemployment comes loss of health insurance — and thus their support line for transition. And the recent reversal of nondiscrimination protections for trans people last summer can make transition-related procedures more costly to obtain. Hopefully, with an incoming administration in favor of restoring those protections and a record number of transgender and non-binary people in office on the state level, policies will change in 2021.

When downturns happen, they impact those with fewer resources to lean on first and hardest. The high cost of transition and immediate medical bills can keep trans folks from building an emergency fund. Only 16% of trans people are homeowners, compared to 63% of the US population. Nearly a third (29%) of trans folks reported living in poverty, compared to 12% in the US overall. For trans folks of color and transgender people with disabilities, those rates go up … and that’s all before this unprecedented change to the economy.

For those who get sick, risks of the illness becoming serious might be greater. Trans folks are five times more likely to be living with HIV, which compromises your immune system. Binding doesn’t increase people’s chances of getting sick, but it does reduce chest capacity, so there’s a chance it might exacerbate the symptoms.

Discrimination and misgendering by medical professionals is common — and fewer trans folks have health insurance to begin with — meaning that trans people who are sick may not get timely help, especially with the recent rollback of healthcare protections. Meanwhile, if courts put name change and gender marker change requests on hold as “non-essential,” lack of proper identification could keep people from access to social services, unemployment benefits, and health care.

The chance of becoming infected may be higher, too: Trans people are disproportionately incarcerated, and COVID-19 is a public health crisis in jails and prisons. Many trans folks are homeless after being kicked out of their homes for being trans. Both living unsheltered and staying in a homeless shelter come with higher risk.

And 2020 also saw a terrible milestone: At least 37 trans or gender non-conforming people have died by violence this year, most of them Black and Latinx women.

Pretty much all of us are experiencing more anxiety in these tough times. But trans folk have way higher rates of anxiety, depression, and suicide already, and all this uncertainty along with social isolation can definitely be a trigger. Crisis calls to the Trans Lifeline went up by 40% during the pandemic, with a spike after the Trump Administration removed federal healthcare protections.

Isolation can be rough even if you’re not in mental crisis, and trans folks often feel alone even without increased restrictions and the possibility of another lockdown. Dating while trans is difficult enough, and it’s even harder with social distancing. Closeted trans people, who always feel invisible, may have lost small outlets to be themselves while in isolation.

What you can do to help — or get help

The Families First Coronavirus Response Act expanded some Medicaid provisions and sick leave provisions. Though they were recently “clarified” to be more restrictive, they may help you even if you weren’t qualified before. The CARES Act funded relief programs at the state and local level, and the CDC has issued a moratorium on evictions through the end of the year.

The National Center for Transgender Equality has a list of resources for COVID-19 action and a guide to finding healthcare coverage.

If you want to help and can afford to, consider donating this week. A few places to start: the Sylvia Rivera Law Project, the Trans Latinx Network, and the Black Trans Travel Fund.