4 Ways to Raise Our Children to Be Financial Feminists

Parenting … is hard. As if the job of keeping a tiny human alive and healthy weren’t responsibility enough, there are also things like life lessons and good morals and helping our children learn how they can help the world. And with new research highlighting how parents teach their sons and daughters about money differently, we can add “raising financial feminists” to our list. 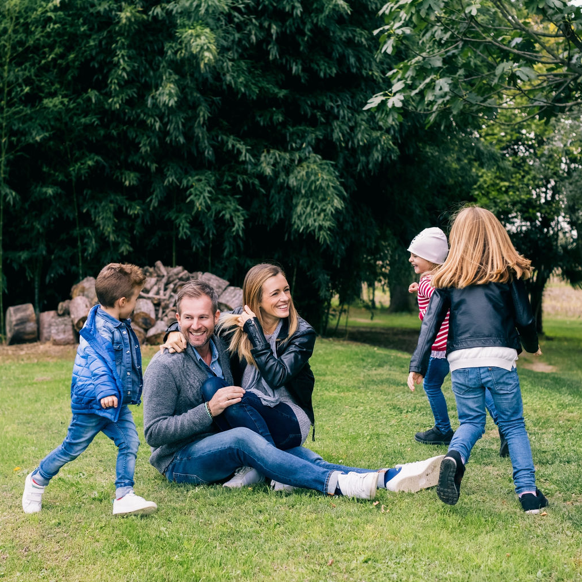 So here are some ways we can break down stereotypes and taboos that get in the way of financial equality so that our sons and daughters all have the chance to be financially successful.

Healthy habits are established early in children’s lives — and attitudes about money are no different. In fact, some research says that money habits form as early as age seven.

As parents, we can be super intentional here — walk the walk, as they say. It pays to be mindful, because sweeping societal biases take no prisoners. Studies have found that daughters earn less in allowance, on average, for more work; that parents talk to their sons about money goals more often than they talk to their daughters; that they teach their sons to build wealth and their daughters to be “fiscally responsible;” that daughters think they’re bad at math in part because of their mothers’ perceptions of themselves; and that sons’ college funds are bigger than daughters’. (Yes, really.)

Plus, as a society, we aren’t exactly on track to get rid of the wage gap. The way things stand today, it will be 38 years until the wage gap closes for white women, 106 years for black women, and 230 years for Latina women.

You know the ones: Things like “Men make money, and women spend it.” (Ugh.) That women are bad at managing finances. That women don’t care as much as men do about their careers. Or that talking about money is “unladylike.”

We can show our kids that these stereotypes are not true — and that they aren’t helpful to anyone. That can be done explicitly by vocally correcting any stereotypes we hear around (or sometimes from) them when they crop up. But it could also be done implicitly.

We can teach them that working is a privilege that allows us to earn money for the things we need and want. We can teach them about the difference between needs and wants. We can talk them through our daily purchasing decisions. And — for ourselves as much as for them — we can do our best to maintain a good balance between our careers and our role as parent.

2. Talk about money, with them and others

Talking about money is currently a serious taboo, especially among women. In one study, 61% of women said they would rather talk about their own death than have a conversation about money. That’s ludicrous.

Some parents tend to feel like they need to have perfect money habits or know all the answers before they can talk to their kids about money. But since money habits get developed so early in life, we can’t afford to wait to have these conversations. Let’s show them that we’re still learning, too.

And don’t be afraid to let your children see you and your partner talking about money together, whether you agree in that conversation or not. Let’s normalize the idea of money being a two-way conversation so that our kids can build the same kind of mutual respect and openness with their potential partners someday. Plus, we don’t live in a utopia where people agree about absolutely everything, and our kids won’t either, so it’s also helpful to normalize that constructive disagreement and compromise. (Research has shown that children’s social skills, self-esteem, emotional security, grades, and relationships with their parents benefit from witnessing these kinds of conversations.)

We love this one: Let’s choose women professionals and shop at women-owned businesses on the regular. Let’s help our daughters see women in professional roles so that they can imagine themselves like that someday. (Representation matters.) And it couldn’t hurt for our sons to see more women in positions of authority and power, too.

Let’s help our daughters see women in professional roles so that they can imagine themselves like that someday.

But even beyond that, where we spend our money matters. When we direct it purposefully toward women and companies that help women, we can change the money game for women and minorities and other underserved people everywhere. And if we model these spending habits for our kids, they’ll hopefully make similar choices someday.

In households in which men and women in a relationship live together, the women tend to do more of the housework. (2.6 times more, according to the UN.) That’s a big contributor to the stress gap between men and women, too. And when we’re stressed, we’re less effective — both at home and at work. So working toward that dream of fairly divided housework and parenting duties could really help.

We can also talk to our kids about paid family leave, which has a big impact on gender equality. And how paid parental leave is less commonly available to fathers — and how, even when it is, men may not feel comfortable taking it. Let’s paint the picture of a future where paid family leave is available to all … and where our kids can stand up for it in their workplace if it’s not.

By talking about money and helping our kids learn how to practice financial feminism, we are setting them up for future success — in their relationships and in their ability to control their own circumstances. The earlier we start, the better, no?

You may or may not have noticed that we linked to Forbes.com for information about how stress affects work place performance. FYI, Forbes (“Solicitor”) serves as a solicitor for Ellevest, Inc. (“Ellevest”). Solicitor will receive compensation for referring you to Ellevest. Compensation to the Solicitor will be $20 per membership activated. You will not be charged any fee or incur any additional costs for being referred to Ellevest by the Solicitor. The Solicitor may promote and/or may advertise Ellevest’s investment adviser services. Ellevest and the Solicitor are not under common ownership or otherwise related entities.

Let’s Disrupt Money ... by Talking About It