How to Get on a Board of Directors

We see you out there, climbing career ladders and taking names. So what’s next? President? C-Suite? What about … board member? 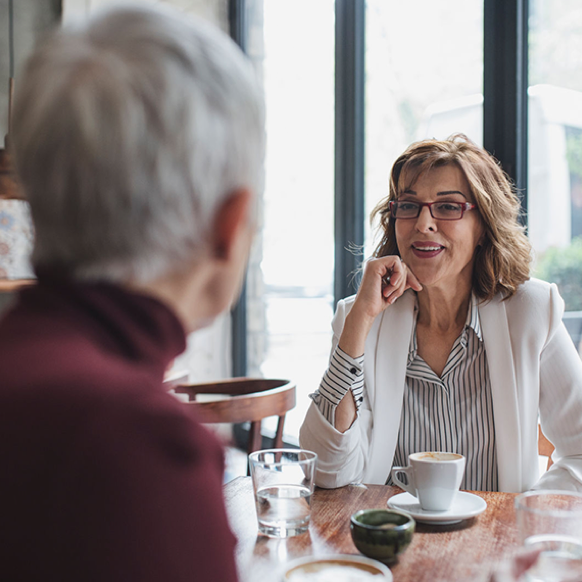 Here’s the deal: Boards need more women. So few women sit at the board table right now that California recently passed a law requiring all public companies headquartered there to have at least one woman on their boards by the end of 2019. Because as of 2017, only 22% of S&P 500 board members were women. Fortunately, we’re moving in the right direction, but as long as women’s representation isn’t equal to men’s, we have more work to do. (A lack of diversity can actually hurt company performance, so … seems like an obvious win-win, no?)

So if you have your eye on one of those seats, what do you need to know?

We got the scoop from Janice Ellig, one of Business Week’s “World’s Most Influential Headhunters” and CEO of the Ellig Group, a 40-year-old search firm that focuses on recruiting top-tier women and diverse talent for companies looking to fill C-suite and board positions. (They aim to help companies achieve gender parity at senior levels by 2025. We’re here for it.) We also sat down with four women here at Ellevest who serve on boards to hear how they did it.

What does it really mean to serve on a board?

With a not-for-profit board, you’re not usually a legal fiduciary. Instead, Janice says, you’re more of a “reputational fiduciary,” meaning you’re helping the organization ensure that most of the money it raises goes to the cause itself, not to administration — something that people have started to really pay attention to.

So … why join a board of directors?

It’s different for everyone. Sallie Krawcheck, Ellevest’s co-founder and CEO, is no stranger to corporate leadership, of course, but she’s also been on a number of large corporate boards of publicly held companies. “For me, my board seats have all provided an opportunity for accelerated learning,” she says. When she joined the board at Dell, she was also CFO of Citi, so she wanted to be on the other side of the board table in order to become more effective at her job. Then she served on privately held start-up boards to help her learn about becoming an entrepreneur. And today, with 2U, she’s learning about hyper-growth.

As a member of the board of trustees at Grinnell College, Chief Investment Officer Sylvia Kwan advises the school on how it invests and manages its endowment. “I see it as a way to give back, serve, and volunteer my time and expertise,” Sylvia says.

Sometimes the best way to stay on the cutting edge is to serve on the bleeding edge.

Chief Strategy Officer Lisa Stone has served on a number of boards, but her favorites have been start-ups, where you can learn a lot. “Sometimes the best way to stay on the cutting edge is to serve on the bleeding edge,” she says.

Also, though it’s really not most people’s motivation for joining, some positions on for-profit boards are paid — something to consider as you’re thinking about sharing your time during retirement or a career break.

How do I get on a board of directors?

Janice says to let it be known you’re looking for a board position. She also notes, “It’s not who you know, it’s who knows you. You have to have a name out there that’s associated with your expertise so that boards will find you attractive.” Take speaking engagements, go to conferences, network with people who are high up in your field and have vast networks themselves, and write thought leadership pieces that show your expertise.

Sallie agrees. “Network … times five. Too many women take ‘how to be a director’ courses. I don’t know anybody who says, ‘Oh my goodness, that person took a course, let’s put them on the board,’” she says. Instead, focus on your achievements and what you can bring to the board. And then “network like crazy for it.”

Susan Thomson, corporate communications advisor at Ellevest, is on the board of directors of the Knight-Bagehot Fellowship Program at the Columbia Journalism School. “Seek through service,” she says. “Ask how you can do more, maybe establish a bond with the head of the board and express interest. Ask another board member. You don’t have to wait for a position to open up to ask, ‘What more can I do?’”

There are online communities and platforms you can join, like Boardlist and Catalyst. If you’re already serving on a board but are looking for a second appointment, there’s Women Corporate Directors. For not-for-profits, there’s BoardSource. Janice also recommends looking into more specialized or regional networking organizations, like the Women’s Forum of New York.

Know what the boards are looking for

Janice says prior board experience is helpful, but it’s not a deal-breaker for most boards if this is your first time. Having experience at the top levels of a company (the C-suite) absolutely helps, too, because it means you’ve seen the critical issues that come before a board. “Or maybe you weren’t a CEO, but you have specific expertise needed for the board. Being a specialist — being one of a kind — sets you apart. Perhaps you have product or new go-to-market strategy expertise,” Janice says.

And financial experience — like if you served as CFO or had the financial function reporting to you — can be helpful too, because being designated a financial expert and able to serve on the audit committee can be a competitive advantage if a company’s considering you for a board seat.

And then, there’s the diversity question. Janice says the pace of change has been glacial: In 1995, 10% of the S&P 500 seats were occupied by women; in 2017, it was less than 22%. That’s a pace of about a half a percent a year. Why so slow? “Some boards think it’s ‘one and done’ or ‘two and through,’ when they should have four or more,” she says. “Progress has been slow. But with the California law, and the global attention given to more women on boards, more companies are looking for their first woman board member,” says Janice. “So do it ... if it’s for the right reasons. Make sure you like the company, its mission, products, and services, and you can help them grow.”

More companies are looking for their first woman board member.

Sallie agrees that you should be cautious. “This is really a conversation you should have before you join a board. You don’t want to join as the first woman, and then find out you’re going to be the only one. Then what do you do? Resign right away? That could hurt your reputation. That being said, I’ve been the only woman on the board. It was a start-up going public. I got a commitment beforehand that they would add diversity; they eventually did. But when I felt that they weren’t going fast enough, I told them if they didn’t speed it up, I wouldn’t stay.”

Consider starting with a not-for-profit board

But Susan advises people to avoid pay-to-play not-for-profit boards, where you’re invited only because of the money you can bring in. “Make sure they want your skills and not just your Rolodex,” she says.

Sylvia’s advice is to consider starting with local organizations, your child’s school — things like that. “It’s a great place to get some board experience. The criteria are lighter, and you can see if you even like it,” she says.

How do I know if it’s the right fit for me?

And, unless you’re being brought in as part of a turnaround and really believe in the company’s leadership (which can be a great opportunity), you want to make sure the company is financially sound. The last thing you want is to join a situation where there are violations or lawsuits that could taint your own reputation. (Janice says she’s seen a director hire their own accountant to go through the firm’s numbers and evaluate its reputation.)

Lisa also advises you to have a clearly defined set of expectations (that go both ways) as to your time commitment, your compensation, your functional purpose, and the regularity of meetings. Plus, make sure you know what the fun part is. Is it what you’re learning? The people? The insights? “There’s plenty of not-fun stuff, so make sure you protect those fun parts,” she says.

Janice says being on a corporate board usually requires about 200 hours a year. That includes prep work, board and committee meetings, dinners, etc., but excludes travel time. The average tenure for a board director is about eight years.

“Don’t take a board position if you don’t have time,” says Sallie Krawcheck. “It hurts your professional reputation to make a commitment and not follow through. Everything adds up: The work may not seem like that much, but all of a sudden there’s a regulatory issue, or a scandal.”

The right number of board seats for you depends, of course, on what the rest of your life looks like. If you’re still working, you probably aren’t going to have enough spare time for very many board seats. On the other hand, a lot of former execs choose to stay active in their retirement by serving on boards, and they’ll be able to fit more on the calendar.

“Most people say four is pushing it,” Janice says. This is because of that 200+ hour time spend. Plus, when you’re on that many, the boards’ calendars will start to conflict with one another. “So four is max, three is preferable — but only one if you’re still working full time.”

How do I decide whether to say yes?

Susan says that an authentic belief in the organization you’re serving has to be worth the extra time and energy you’re giving them. You really have to feel passionate about it.

Lisa agrees: “Entrepreneurship is a gift economy — you get out of the community what you put into it. Being an advisor to someone’s else’s dream is an incredible commitment to that person, and it can be so rewarding.”

All opinions and views expressed by Ellevest are current as of the date of this writing, for informational purposes only, and do not constitute or imply an endorsement of any organization or third-party’s products or services.

The information provided does not take into account the specific objectives, financial situation or particular needs of any specific person. Investing entails risk including the possible loss of principal and there is no assurance that the investment will provide positive performance over any period of time.

What I Learned About Leadership from the Skeptics