How to Negotiate a Job Offer

Even the most confident and capable of employees — even the ones who have already been successful and who have gone through it many times before — can find negotiating a job offer challenging.

Here’s our best advice to take some of the anxiety out of the big (and exciting) conversation. 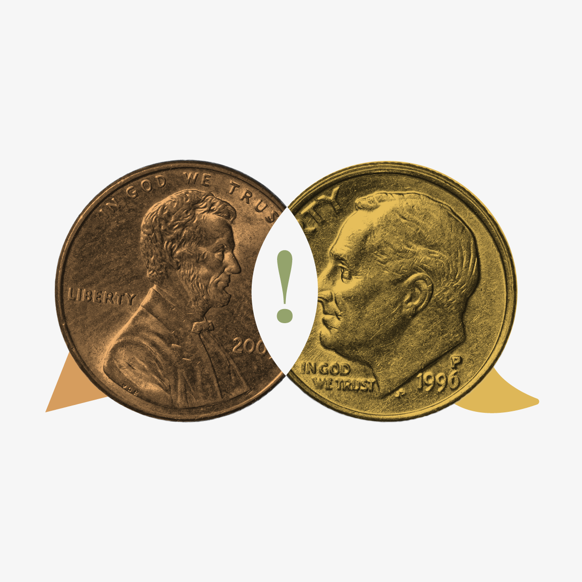 Reframe how you think about negotiations

Historically, negotiating hasn’t always worked out in women’s favor. Social norms have long dictated that women “should” be selfless rather than ambitious, acting as advocates for others rather than advocates for their own self-worth. It was (and still kind of is) possible for a woman who negotiated to be punished for it — socially and financially.

So sometimes it feels easier to just not negotiate, even though we know it’s pretty much the only way we’ll actually get what we’re worth. We do it anyway, but those conflicting feelings drive a ton of the nerves you might feel about the process. Here are a few things that might help to keep in mind.

Future You is counting on you

Let’s say “Alex” and “Casey” land the same job.* Alex negotiates and gets a starting salary of $57,000; Casey doesn’t negotiate but still gets a respectable $50,000. Then let’s say they each earn a 3% raise every year throughout their 40-year careers. Here’s what that would mean at the end of year 40:

But people don’t usually stay in the same job forever. So instead, let’s say that Alex and Casey both get new jobs every five years. Alex negotiates and gets a 10% increase in salary each time; Casey doesn’t negotiate but gets 7% more each time. In that case, after 40 years:

Translation: Not negotiating could cost Casey over a million dollars in lost wages over the course of a career. And that doesn’t even include the retirement contribution match her employer might have paid her, or any potential investing returns that she might have gotten if she’d been able to invest more money.

It also doesn’t account for the fact that on average, women’s salaries actually peak — and then start to decline — in their 40s. (This doesn’t happen to men until their 50s, by the way.) That makes negotiating your salary early and often even more important for Future You — do everything you can to counteract these effects.

Studies have shown that some women feel more motivated during negotiations if they keep the other people who’d benefit from their raise — their partners, their families, the charities they’d like to donate to — in mind as well. You absolutely deserve a bump in pay for your own sake, but thinking of that bigger picture could help you stay confident and determined to ask for what you deserve.

This process is a collaboration

Yes, you want to get hired. But you wouldn’t even be in a position to negotiate if you didn’t also have something your potential employer wants. Which means they should have some serious value to offer you in return for the value you’re offering them.

It isn’t you vs them; it’s both of you working toward a common goal. And that goal is to get you on the team.

Salaries are a business decision

For you, negotiating a new job is most likely a pretty emotional decision — this is your life, after all. But that’s probably not true for the hiring manager or HR person you’re negotiating with. Their goal is to hire someone with the right skills to justify the salary they’re going to end up paying. Remembering where they’re coming from might make it easier to think clearly and objectively about the negotiation.

Confidence comes from being prepared

Before you kick off your job search, or as soon as you can if you’re already looking, figure what needs to be in a job offer if you’re going to accept it — including (or perhaps especially) the lowest you’re willing to go on salary. That way, you’ll be ready to talk numbers as early in the process as it happens to come up — no need to think on your feet or blindly throw a number out there. Plus, having this info will help you make clear, level-headed decisions.

Create a list of things you’d like to have in your next role: a certain salary, a shorter commute, a 401(k) match, a certain amount of paid time off, an inspiring CEO, a culture that aligns with your values, etc. Star the non-negotiables — the last thing you want to do is accept an offer that doesn’t provide what you need. Then think about how an offer might combine the other factors to get to a place you like.

Not negotiating could cost over a million dollars in lost wages.

For example, maybe you’d really like to earn $75,000, but if your commute were 20 minutes or less, you’d be OK going down to $70,000. Again, doing this exercise ahead of time can help you feel more confident and decisive when it comes time to negotiate.

If you’re going to ask for what you’re worth, you have to know what that number is — aka how much someone who lives in your city and has similar skills and experiences can reasonably expect to be paid for the type of job you’re considering.

That means gathering data. Start by talking salary with friends and the other people in your network to see what other companies tend to pay. Then look for reputable compensation reports by leading firms (like Radford) and check sites like Salary.com and PayScale. Sites like Glassdoor do serve as a good reference point, but keep in mind that they’re built on self-reported (and possibly inflated) salaries.

Practice with a friend or advisor

Salary conversations happen throughout the process

You don’t have to wait until they send you a formal job offer to start talking about salary. In fact, it will almost definitely come up before then in some way, shape, or form. If you’re ready for those opportunities, they’ll go a lot smoother.

Early in the process — perhaps at the end of a phone screening with the recruiter, when they ask you if you have any questions — ask them, “What’s a general salary range someone could expect to earn for this role at [company name]?”

The sooner you can get this info, the better, because it will tell you whether the role might be right for you or if you’re way off. If they respond with a number that’s really far below what you’re looking to earn, it’s probably a better use of your time (and theirs) to stop there.

That being said, it’s not unheard-of to have an interview where the range is a bit too low, but then the prospect proves their value so thoroughly that the company decides to change the open role to a higher tier that would pay more. So if it’s close to what you want and you’re really excited about the opportunity, stay open-minded (and ask for that bigger role, too).

If they ask you what you’re looking to make

It’s common for hiring managers to ask you what kind of salary you’re looking for. They’re doing the same thing I mentioned above — trying to figure out if you’re aligned enough to continue the process.

This isn’t always easy to do. But it is worth it.

When you actually get the offer

Once you get an actual, formal job offer (congrats!), look closely at the entire package — salary and bonus structure, stock options, paid time off, 401(k) match, etc. Consider each detail and the bigger picture so you get a good understanding of the full value they’re offering you.

The hiring manager is almost definitely expecting you to make a counteroffer. So push your inner critic out the door, strike a power pose, and make the ask.

If they say no to your counteroffer, consider asking them whether there’s an opportunity to get you to your ideal salary over the next three / six / 12 months if you take the job. Or maybe they can’t give you the salary you want, but they can give you more vacation days, for example.

Go back and forth with them until you either settle on a package that works for both of you, or decide that the opportunity is just not the best fit for you right now.

Keep it all in perspective

At the end of the day, this advice from Harvard Business School’s Deepak Malhotra is great to keep in mind: “You can negotiate like a pro and still lose out if the negotiation you’re in is the wrong one.”

In other words, the job needs to be the right fit for you — that company needs to value you and your experience, believe in your ability to grow and contribute there, and provide a culture that will welcome you. The details of your job offer and compensation package matter, but not quite as much.

Good luck. Not that you need it — you got this.

We calculated these results ourselves. They don't include the impact of inflation.

Also, “Alex” and “Casey” aren't real. We made them up for illustrative purposes. In other words, this example doesn’t represent any Ellevest client, and it’s by no means individually tailored advice.

* We calculated these results ourselves. They don't include the impact of inflation. Also, “Alex” and “Casey” aren't real. We made them up for illustrative purposes. In other words, this example doesn’t represent any Ellevest client, and it’s by no means individually tailored advice.

Information was obtained from third-party sources, which we believe to be reliable but not guaranteed for accuracy or completeness and does not constitute or imply Ellevest’s endorsement of any third-party’s products or services.