Salary negotiations can be tough at any level, from associate to C-suite. Compensation packages are made up of a lot of moving parts, and people’s values change as their lifestyle changes — aka, what made you happy once may not be what you need now, and vice versa. 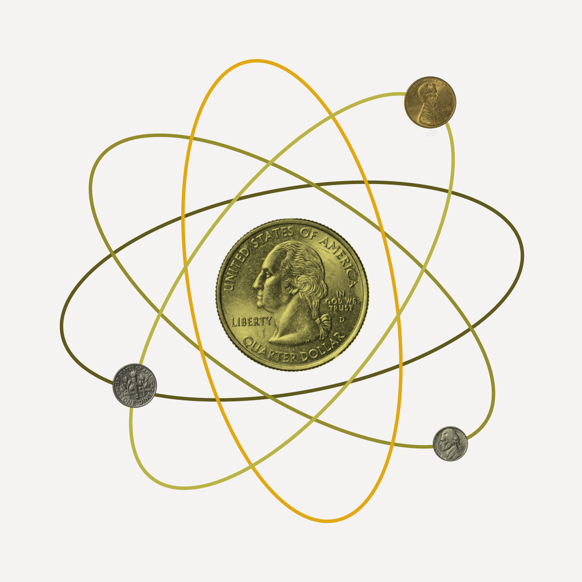 Here are the steps to consider when you’re getting ready to ask for the raise.

1. Get that good data

First, if you don’t know it already, learn about the internal pay structure of your company. Ask your manager how pay ranges are determined — do they have explicit “pay bands” that everyone at a given level would fall into? If so, where are you in your current band? If you’re asking for a promotion, what band should you fall into if they give it to you?

If they don’t use pay bands, ask them where your position falls relative to others in the company. (Even two-person start-ups can have that talk!)

Especially if you’re asking for a promotion, external data is also your friend. Gathering it starts with talking about money — and salary — with your friends and the people in your network. That’s a good way to learn what other companies tend to pay for the role you’re considering.

Next, look for reputable compensation reports by leading firms (like Radford) — a lot of companies actually pay for and use these when they set salaries. Salary.com and PayScale are also good resources that are easy to use. Just take sites like Glassdoor with a grain of salt — they do serve as a good reference point, but they’re built on self-reported (read: inflated) salaries.

Take a page from cable companies’ playbook (as painful as that may be) by negotiating salary, bonus, benefits, equity, flexibility — and anything else that matters to you — as a bundle. Negotiating piece by piece can accidentally make both of you feel like you lost, because you’re compromising on every individual ask. Plus it can make it seem like you’re asking for lots of things (read: too much), instead of one fair, complete package.

3. Focus on the mutual win

Especially if you’re asking for a promotion, it helps to position yourself psychologically on the same side of the table as your manager. They hired you to generate value for the company — and when you’re compensated fairly, you’re more likely to feel valued, stay at the company, and contribute productively. That’s something you both want.

Even if your role doesn’t affect the company’s revenue directly, there’s a mutual win in there somewhere. It exists, or you wouldn’t be there — but it might need clarifying. So translate as much of your work as possible into explicit value: risk avoidance, cost reduction, brand value.

And if you start to feel yourself or your manager slipping into a defensive mindset, bring it back to what matters. For example, you could say something in the negotiation about how exciting it will be to collaborate in new ways and make a greater impact on the company together.

The research also shows that women are still at higher risk of being penalized for negotiating, but that taking a communal approach helps reduce that risk. (Major “ugh” vibes, but you gotta do what you gotta do.)

If you’re nervous or need some extra motivation to walk out of that room with the salary you want, remember why you’re there: First, to stand up for yourself and your value and get paid what you deserve.

But second, research shows that for a lot of women, we negotiate more effectively when it’s for something greater than ourselves. So if that helps you, pump yourself up by remembering how your higher pay will create more economic stability for people you care about, including Future You (she’s important!), your family members, or even recipients of your donations to causes you believe in.

Science. It’s got your back.

These techniques are all grounded in science, But before making any decision, clear away the myths, so you can find the science for yourself, too. Get clear on the science on commuting (spoiler, the big house far away isn’t worth it), the reputation of the company culture you’re considering, and when money does (and, more importantly, doesn’t) correlate to our happiness.

May you do your best work, on terms that work for your full life, and pay you well. You got this.

Information was obtained from third-party sources, which we believe to be reliable but not guaranteed for accuracy or completeness and does not constitute or imply Ellevest’s endorsement of any third-party’s products or services.

10 Steps to Navigate a Career Change