I Give You Permission to Ignore This Feedback

But all feedback is not created equal. Some of it’s off-target, and some of it’s just wrong. How do you cut through it? The best advice I’ve been given: 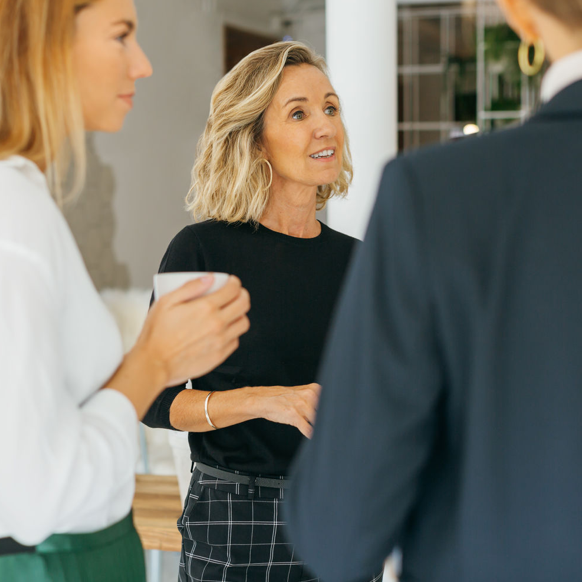 Listen to the critics. Ignore the cynics.

The Greek chorus of negativity. The snarkers who are gonna snark. They’re the ones who always have something at least slightly negative to say — sometimes wrapped in a “Hey, only trying to help” package. They lean back in their chairs with arms folded.

For me, it was the senior guy who used to shake his head and sigh loudly and dramatically when I would speak at the morning meeting as a junior analyst (but refused my request to tell me how I could improve).

Now critics? These folks are as good as gold. They provide feedback because they care. You may not love hearing what they have to say, but it comes from a good place.

It was the senior analyst who told me, early on, that my presentation style was ineffective, and why. Wow, did that hurt — and wow, did that help.

It was the group of Ellevate Network* chapter leaders I met with one day. They gave up four hours with us to provide no-holds-barred, detailed feedback on how we’re running the business. Some of it stung; some of it really stung.

One of the women had joined Ellevate when she was considering a career transition; she had been in a division in which she was the only woman; and the relationships she had formed in the network, and the knowledge that came with those, had enabled her to make the transition to entrepreneur.

Ellevate meant a lot to her. Thus, her feedback — which was the toughest — was also the most valuable, because it came from such a great place. She cared. No sitting back with her arms folded; she was fully engaged.

But what if you can’t tell the cynics and the critics apart?

Sometimes it can be hard. Having a group of people — ideally, a “personal board of directors” — whom you can trust and run feedback by, is also invaluable. Asking them for the straight scoop or a quick sanity check can help you navigate what can be some pretty emotional territory.

And when we give feedback to others, it’s worth asking ourselves what our motivation is. Is it to help them succeed? Or is it something else? Are you a critic, or are you a cynic?

Ellevate Network (“Solicitor”) serves as a solicitor for Ellevest, Inc. (“Ellevest”). Solicitor will receive compensation for referring you to Ellevest. Compensation to the Solicitor will be paid $5 when an individual becomes a client and between 0.25% and 3.0% of assets under management. You will not be charged any fee or incur any additional costs for being referred to Ellevest by the Solicitor. The Solicitor may promote and/or may advertise Ellevest’s investment adviser services. Ellevest and the Solicitor are under common ownership.

Ellevate Network (“Solicitor”) serves as a solicitor for Ellevest, Inc. (“Ellevest”). Solicitor will receive compensation for referring you to Ellevest. Compensation to the Solicitor will be paid $5 when an individual becomes a client and between 0.25% and 3.0% of assets under management. You will not be charged any fee or incur any additional costs for being referred to Ellevest by the Solicitor. The Solicitor may promote and/or may advertise Ellevest’s investment adviser services. Ellevest and the Solicitor are under common ownership.