The Power of the “Third Act” in Women’s Careers

Here’s what working-outside-the-home mothers are told again and again: The early years of parenting are going to be tough. Sleep deprivation while trying to establish your career … while working to get your kids off to a good start in life … is no piece of cake. 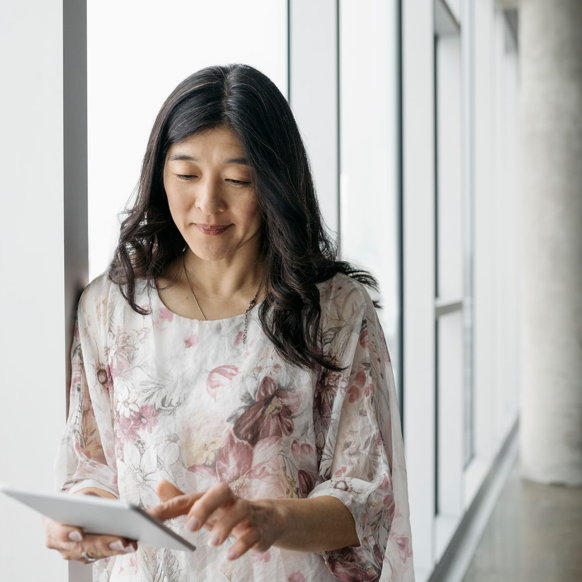 I remember feeling like I was holding on to my career by my fingertips, operating through a fog of exhaustion, barely able to stay awake in the mid-afternoon hours. And the pictures of me from then: “Wow” is all I can say. There wasn’t enough under-eye cover-up on Earth.

Here’s what working-outside-the-home mothers aren’t typically told: Their kids’ teenage years can be even tougher. You’re likely more established in your career, but the kids demand more of your attention. Less “I have a boo-boo” and more “My friends are smoking pot; how do I handle this?” It’s unpredictable and it’s time-consuming. And for me, sleep deprivation was back in full force. (My daughter never met a curfew that she didn’t cut too close. Result: I was up most nights watching the clock tick.)

And then they head off to college.

This time can be a career renaissance for women.

So here’s what else no one tells you: This time can be a career renaissance for women. When my kids left, I missed them like crazy. (Still do.) But, all of a sudden, I had oceans of time … and the ability to sleep through the night. My energy level went through the roof. I had decades of career experience behind me — and a couple of decades of my career in front of me.

And it doesn’t seem to be just me: I’m seeing a number of my female peers recommit to their careers at this stage of their lives. It has the sense of a new beginning, and there can be a sense of enjoyment of work that we just didn’t have while we were doing the work-kid balancing act.

(In contrast, when I’ve asked my male peers if they have a similar feeling, they look at me quizzically and describe this career stage as simply the next step to what came before. Maybe this is because, in many households, childcare wan’t so much of a balancing act for both parties. And I’ll admit it, mine is one — I shouldered the curfew worries while my husband slept soundly through it all.)

And here’s the interesting thing. For many women, this career stage can also be a transition point for doing new things — in some cases, entrepreneurial things. The average age of a successful start-up founder is 45.

Why? For one thing, at this stage in life, we’ve seen more. And many of us are more financially secure, and so more of us can take on more career risk.

And women are making their new careers matter

Arianna Huffington stepped away from a second-act career as the founder of the Huffington Post to found Thrive Global, dedicated to ending the “stress and burnout epidemic” in the US.

Jacki Zehner left a career as the youngest female partner from the trading businesses at Goldman Sachs and is now the chief engagement officer of Women Moving Millions.

Julie Wainright took up a third act after being CEO of early dot-com companies including Reel.com and Pets.com. She founded TheRealReal to make consignment easier and more accessible, which is making high-end fashion more sustainable.

And I’ve done it too, starting Ellevest.

If this really is an emerging trend, what does it mean?

Are we entering a world in which women’s careers and salaries may peak later than men’s?

So are we entering a world in which women’s careers and salaries may peak later than men’s? (They don’t currently, by a long shot.) If the guys continue to build straight-line careers in which one step leads to the next, in which time in a company matters, in which stamina is a key driver of success — it could be that women today often take a more scenic route, blending career and childcare responsibilities, and then roaring back in their third acts. And given that women live longer than men — and that research shows that older entrepreneurs are by far the most successful — those can be third acts that last quite a while.