This article originally ran on Fast Company. Perhaps you saw it there; many did.

It’s springtime, and it’s shaping up to be the season of patronizing financial advice ... oddly, involving coffee. Recently, Chase tweeted to millennials to shore up their bank accounts by finishing off the food in their refrigerator and making coffee at home. The resulting Twitter backlash was immediate and scathing, calling the company out for its high fees and its $25 billion government bailout. (Chase deleted the item and thanked the Twitterverse for its feedback.) 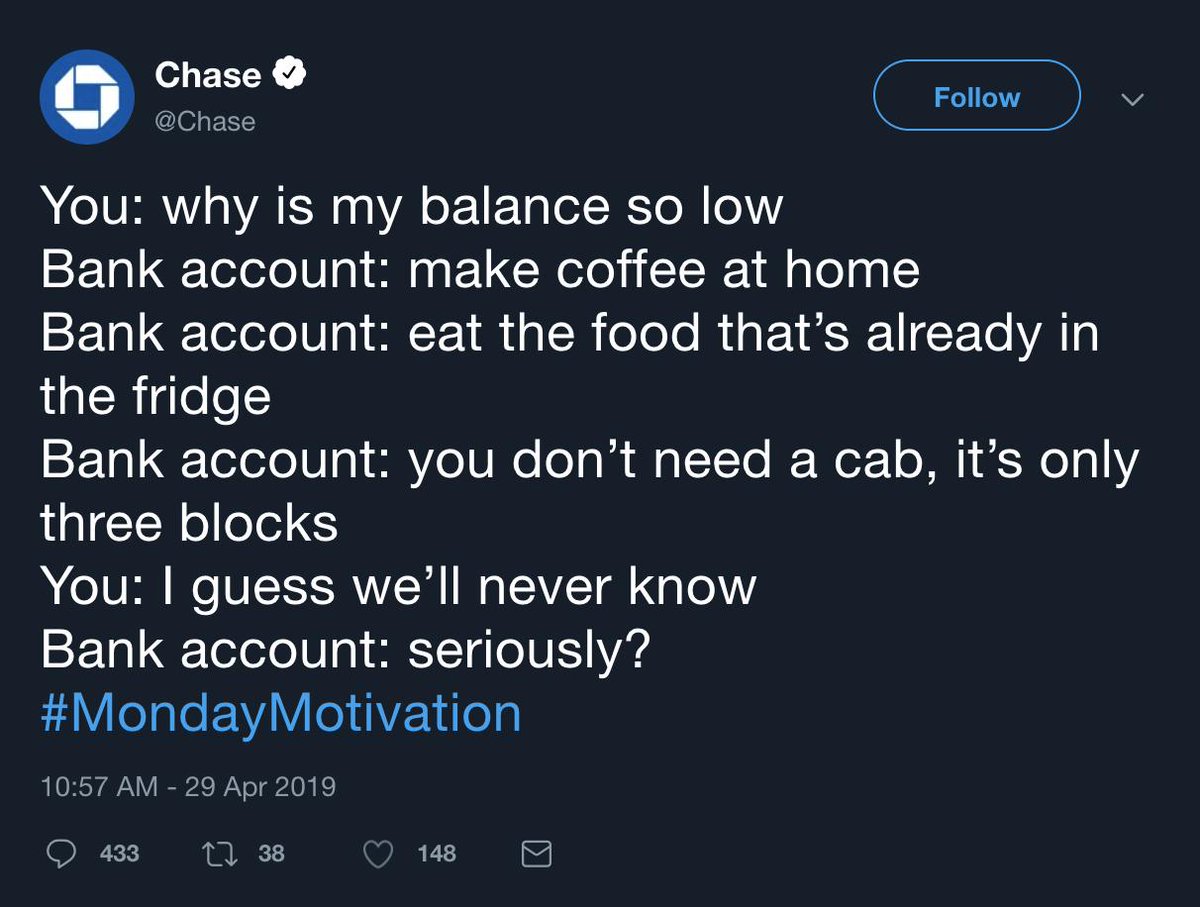 This was followed on May 8 by the publication of a book called “The Latte Factor,” in which two self-styled experts on women and money — both middle-aged males — spin a “compelling, heartwarming tale” (the publisher’s words, not mine) of an older male barista patiently and carefully mansplaining to a young woman about money over the course of a few revelatory days.

The crux of this advice is the oft-used trope: “Don’t buy your daily latte ... instead invest the money and become rich.” (Spoiler alert: He may first appear to be a barista but — wait for it — he actually owns the coffee shop. And the building. And a whole bunch of other buildings.)

This book follows in a long tradition of personal financial advice for women packaged into simplified, bite-sized nuggets that boil down to giving up frivolous expenses, starting with the fancy coffee.

I have so many thoughts on this. So. Many. Thoughts.

Seem reasonable? Well, the stock market has gone up 5.6% annually over the past 20 years, while individual investors have earned 1.9% over the same time frame. So either the stock market needs to do close to two times better than it has in the past 20 years (possible but not likely) or you need to turn into a super-human investor. In your spare time. In a way I’ve never heard of any part-time — or full-time — investor ever doing. (Possible, I suppose, but not likely.)

So the advice, while certainly memorable, doesn’t work so well.

2. OK, is it me, or is the whole latte thing patronizing? It’s not a martini-shaken-not-stirred, is it? Or a six-pack. Or a ribeye. Or the new tech gadget. It’s a latte. Dripping with its feminine connotations as a milky, sweet, steamed, flippant luxury. And thus, presumably, it’s an easy candidate for the mild contempt that its dismissal implies.

3. Which gets to the broader issue of our society patronizing women on money. From childhood, we as a society send girls messages that they are bad with numbers, relative to their brothers. Still today, parents talk to boys about making money and investing and to girls about saving money and being careful with it. Girls get lower grades in math than boys for the same answers at school. And girls get lower allowances at home than boys for the same chores.

As we get older, we women are told that we’re bad with money in a thousand small ways: Women’s magazines — on the rare occasions that they have written about money — have presented it as a challenge, describing financial planning as “difficult” so “you’d better buckle your seatbelt,” and showering us with money quizzes to find out whether we’re a “Carrie” or “Miranda” money personality. In fact, Carrie herself was a tough, savvy, modern New Yorker in every way — except when it came to money. There, she bought too many Manolo Blahniks and so couldn’t afford to buy her apartment. Seriously.

A test: How would this play on CNBC? If it’s not something that Mike Santoli and Jim Cramer would talk about with straight faces, then it’s patronizing. If Mike and Jim aren’t discussing whether they prefer to give up their latte or their facials — or maybe not buy as many shoes — in order to better prepare for retirement, then no one else should shovel that on women either. 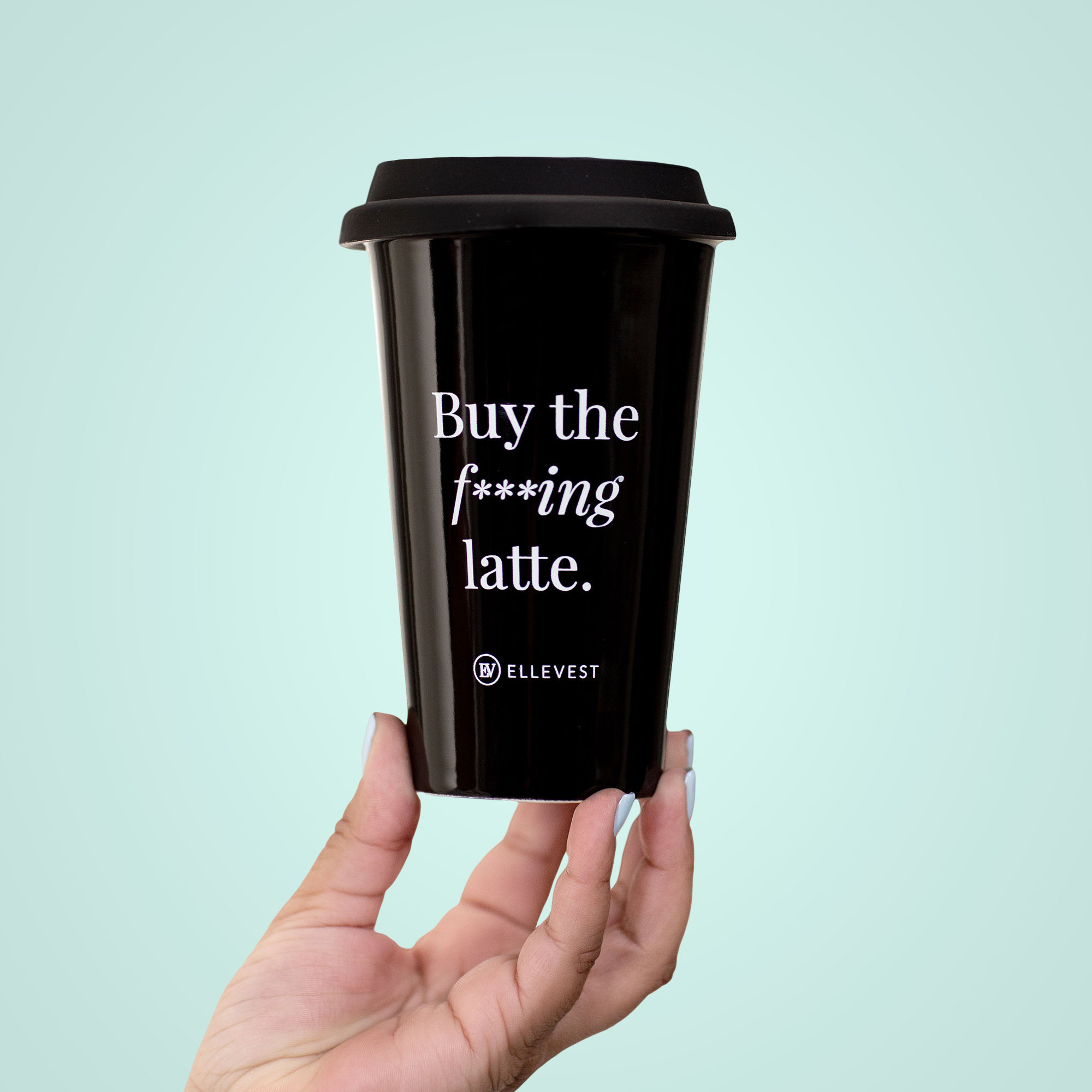 4. But, as infuriating as it is to be patronized, that’s not the biggest issue. All this nonsense about lattes and shoes is shifting the attention — and thus the blame — for the underlying systemic money challenges women face, to the women themselves.

The pink tax, the wage gap, the debt gap, the funding gap, the domestic work (and emotional labor) gap, and — my personal crusade — the investing gap.

Don’t look over there, where it says that the gender pay gap is decades away from closing for white women, 100-plus years away for black women, 200-plus years for Latina women: Let’s focus on that the small luxuries you can give up. Don’t pay attention to the fact that women carry a higher student loan burden than men do: Have you clipped your coupons? Let’s not discuss that women are charged higher rates on loans and denied mortgages more frequently than men: Take this money quiz.

The fact that the US is the only developed country in the world without a mandated paid maternity leave? The fact that just 15% of companies have a paid leave policy for their employees? The fact that 81% of women report having been sexually harassed? Well, those don’t really fit the personal-guilt-being-sold-as-personal-empowerment narrative that sells so many books.

The result of this is that women prefer to talk about anything — literally anything — more than money, including their own deaths. At a time in which we openly speak about sex, money remains for women the final frontier of shame.

5. The further result is that, as a society, we have masculinized money. While girls are being taught to be careful with money and to save it, boys are being taught to pursue money and to grow it. They are taught to be confident around money, so much so that they overestimate their investing skills and underestimate their need for financial education. It is likely no wonder that the money industries are overwhelmingly male, even as the research tells us that women are better investors than men, both as individual investors and professional investors.

As if to drive home the point that money is male, the symbol of Wall Street is a bull. A big, snorting, anatomically notable, powerful bull. (Its recent female counterpoint is a statue of a little girl. A prepubescent girl. A brave girl, certainly, but one who — if she went to work at the company that placed her there — would have been the victim of gender discrimination on pay, according to a lawsuit that became public shortly after the statue was placed there.)

So this isn’t about the lattes. It’s never been about the lattes. Or any of the other ways we women are told we’re deficient around money. It’s about changing the narrative to recognize the real challenges we face as women and tackling real issues. It’s about demanding a fairer playing field from our institutions (paid maternity leave, anyone?). It’s about holding the companies at which we work accountable by demanding that they report out, and close, their gender pay gaps. It’s about giving all of our children the tools to live the lives that they deserve. It’s about balancing out our existing power structures. As Gloria Steinem has said, “We will not solve the feminization of power until we solve the masculinity of wealth.”

So, ladies, buy the f***ing latte, because I’m going to need you caffeinated when we do this thing.

Information was obtained from third-party sources, which we believe to be reliable but are not guaranteed for accuracy or completeness.