The gender pay gap: Four little words to describe a straight-up chasm of injustice. Here’s where it stands right now, according to 2020 Census data: Women overall make just 83 cents for every dollar men make. And those numbers are even lower for women of color, specifically: Black women make 64 cents, Native American women make 60 cents, Latinas make 57 cents, and AAPI women make anywhere from 52 to 90 cents for every dollar white men make. (Say nothing of the gender wealth gap, aka how much women own compared to men, arguably the more important stat.) 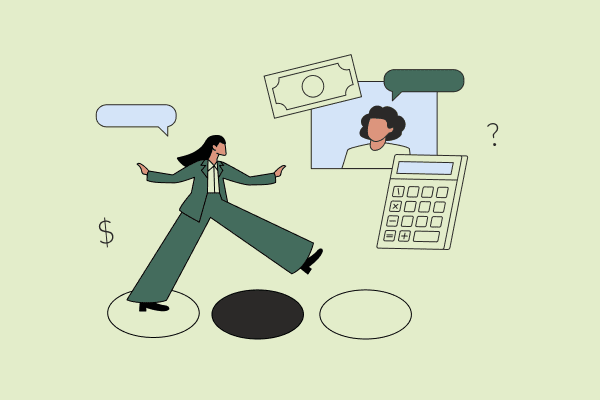 The good news: The pay gap has narrowed slightly — you might remember a time when the commonly cited stat was 78 cents to a man’s dollar. The bad news: It narrowed because a disproportionate number of low-wage workers lost their jobs and / or left the workforce during the pandemic. 😒 Based on earnings trends, it’s looking like another 37 years (until 2059) for women’s earnings to reach the same level as men’s.

Fired up yet? Us, too. Here’s what you need to know about the pay gap — and what needs to be done to close it.

The pay gap is structural, not individual

First things first: This. is. a. systemic. issue. While each of us (especially women) can (and should) ask for more money at work, it’s worth noting that ~negotiating more~ isn’t going to close the pay gap overall. Much like ditching plastic straws doesn’t even begin to alleviate the worst causes of climate change, individual action won’t cut it.

A lot of factors cause the gender and racial pay gaps

Including, but not limited to:

How to close the pay gap

For employers — aka the people on the structural side of things — the answer is simple: Just close it. Just … pay women more. The end.

Other things that might help: Legislation (looking at you, lawmakers). Corporate pay transparency. And calling organizations out.

What women can do in the meantime

… and off the clock

Closing the pay gap is good for everyone — not just women+

If the pure injustice of women being paid less than they deserve isn’t enough for you (or the people you’re advocating to), consider a few final stats.

First, women tend to reinvest a lot more of their income into their families and communities — one report found that it was almost 90% of their income, compared to just 35% for men. But also, true gender wealth equality has been demonstrated to lead to more economic growth and better development outcomes — put another way, countries’ improvement efforts are more successful when women have more money. In fact, McKinsey found that the global economy could be between $12 trillion and $28 trillion larger in 2025 if women were employed at the same rate, in the same roles, with the same pay as men.

All that’s left is to make it happen.